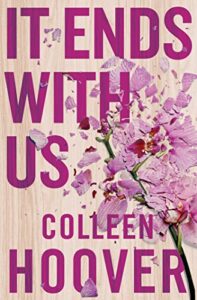 Lily hasn’t always had it easy, but that’s never stopped her from working hard for the life she wants. She’s come a long way from the small town in Maine where she grew up – she graduated from college, moved to Boston, and started her own business. So when she feels a spark with a gorgeous neurosurgeon named Ryle Kincaid, everything in Lily’s life suddenly seems almost too good to be true.

Ryle is assertive, stubborn, maybe even a little arrogant. He’s also sensitive, brilliant, and has a total soft spot for Lily, but Ryle’s complete aversion to relationships is disturbing. Even as Lily finds herself becoming the exception to his “no dating” rule, she can’t help but wonder what made him that way in the first place.

As questions about her new relationship overwhelm her, so do thoughts of Atlas Corrigan – her first love and a link to the past she left behind. He was her kindred spirit, her protector. When Atlas suddenly reappears, everything Lily has built with Ryle is threatened.

With this bold and deeply personal novel, It Ends With Us is a heart-wrenching story and an unforgettable tale of love that comes at the ultimate price. 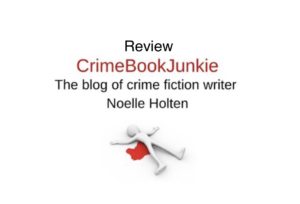 *semi spoiler alert in terms of themes – though you learn it from the start, I thought it best to mention. Also, read the author’s note after you read the book*

Set in Boston, this is not a love story (IMO) despite the romance tags and that’s why I decided to review it on my blog as right from the start, domestic violence is prevalent throughout so there is a crime element. The reader will come across the idea of love, toxic relationships, abuse, loss, dealing with trauma, guilt, blame, finding forgiveness, friendships, secrets, coercive control and a journey of self discovery (sort of).

Wow! Despite it being weeks since I finished this novel, I’m still unsure how I feel about it. No, that’s not right – some of the characters made me angry so there’s that! The opening chapter had my curiosity piqued and certainly made me want to keep reading. Told from a dual timeline (Lily in the present and her diary for the past) this novel evoked so many mixed emotions, at times I wasn’t sure whether I loved it or disliked it. It was a slow build up of suspense until I was just half way through it and then ?BOOM?, the pace picked up and I have to admit, I ‘preferred’ the second half more than the first. As earlier noted, this novel is billed as a romance, and I felt that to be misleading – to me, it read more like a drama or domestic suspense. The writing itself was good – it was emotional, raw and felt real – grabbing my feelings and messing them about a bit. (Could be triggering for some people) I related a lot to Lily at times and I guess the emotions I felt had to do with the fact that I’d been there and done that – so kudos to the author for capturing the reality of narcissists and abuse – though there were also parts that left me scratching my head. But you can’t compare experiences – each person has their own story and reasons so I had to keep that in my mind as I read this book.

The characters were well written and developed – many generating mixed feelings in me and I love that… give me unlikeable characters any day!  Each played their part in moving the story forward and added a level of reality to the writing. Lily was interesting and it was easy to see why she would fall for someone like Ryle initially. At times I was angry with her, other times I just wanted to hug her and let her know everything would be ok. Some of her decisions however, especially towards the end, really pissed me off ?? Ryle was one hell of a character – OMG the fury I felt at his arrogance, entitlement, explanations and excuses – I didn’t like him from the start. In fact, if I could’ve reached into the book and done some damage – HE would be my choice of victims. Atlas and Allysa were probably the most decent of the group but even with that being the case, they annoyed me a bit too. That’s what I really enjoyed the most about this book – how the story and characters really had me thinking, feeling and wanting to take some action!

Would I recommend this book? ? Actually, despite my own mixed views, I would. It’s tragic, dark, visceral in places but also has moments of humour, hope and the potential for change. I liked more than I disliked and once I got past the first half, I have to admit, I couldn’t put it down. Well worth checking out and if you do, let me know what you think after reading it!

PS: I see there is a second book coming out (It Starts With Us) and I’m not going to lie… I’m a little curious how that will read. ?