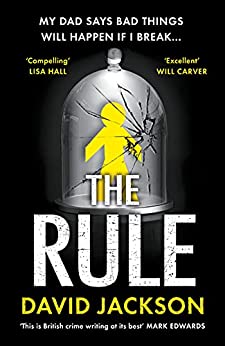 Daniel is looking forward to his birthday. He wants pie and chips, a big chocolate cake, and a comic book starring his favourite superhero. And as long as he follows The Rule, nothing bad will happen.

Daniel will be twenty-three next week. And he has no idea that he’s about to kill a stranger.

Daniel’s parents know that their beloved and vulnerable son will be taken away. They know that Daniel didn’t mean to hurt anyone, he just doesn’t know his own strength. They dispose of the body. Isn’t that what any loving parent would do? But as forces on both sides of the law begin to close in on them, they realise they have no option but to finish what they started. Even if it means that others will have to die…

Because they’ll do anything to protect Daniel. Even murder. 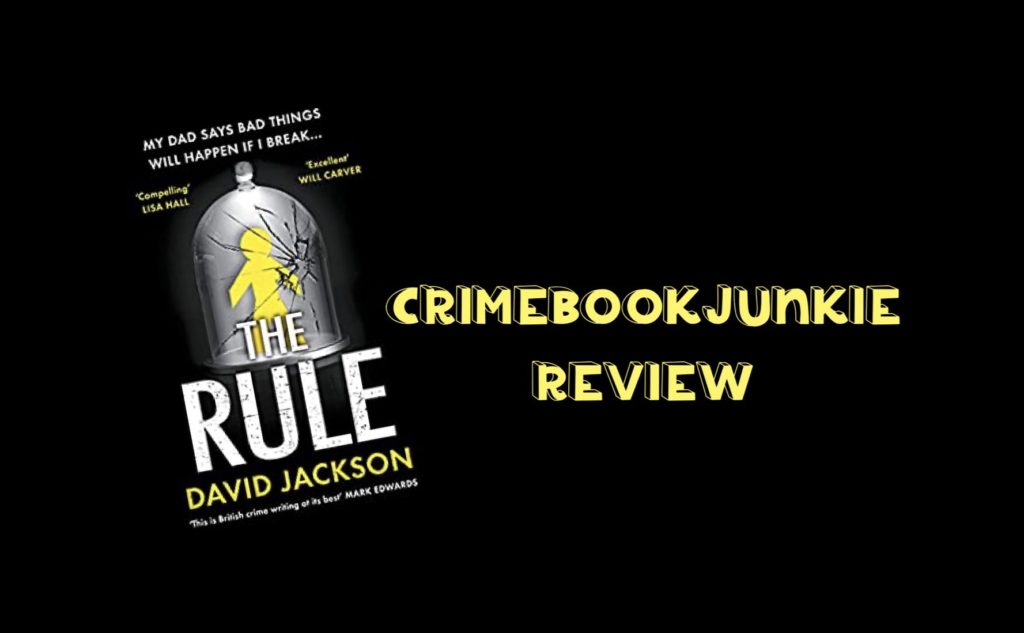 The main setting is the estate and surrounding area where the Timpson family live. The reader faces fears, conflicts, moral dilemma’s, family and the question of how far you would go to protect those you love, struggles, judgement, desperation and a kind of justice. This book was incredible!

Bloody hell! (Literally) What an opening – one of my favourite things about David Jackson is his ability to hook a reader with an absolutely kick ass opening! The Rule is perfectly paced – highs and lows that will have your heart racing and just about the time you feel you have a moment to catch your breath… ?BOOM?. What I also love about this author is his crafty ability to take ordinary people and put them through the most extraordinary hell. The narrative, characters, settings, storyline and twists keep you glued to the pages.

I need to mention the star of this novel – Daniel Timpson. A child’s mind in an adult’s body – he doesn’t lie, he has incredible strength, he worships a comic/tv hero: Adam9 and when you ‘meet’ him in the story, you will be caught off guard and truly understand what an exceptional character Jackson has created. There are many other characters to like or despise too – Daniel’s parents for instance. My feelings about them flip flopped throughout but the end result was that all they wanted to do was survive and protect their son. The characters were all believable, relatable – some you’ll love and some you will loathe. All will leave a mark on you! And the whole ‘rule’ concept was clever as it not only applied to Daniel but also ‘rules’ of society and how normal people can end up doing the most awful things, apparently for the right reasons.

Would I recommend this read? Does a bear sh*t in the woods? I absofrigginlutely would! Intriguing, funny, tense and chilling – when I want a book that will blow my mind, I turn to David Jackson! Get over to amazon, a bookstore or wherever you get your #bookfix and add this #badboy to your TBR today!

*massive thanks to VIPER BOOKS for a proof copy – it was so good, I purchased a finished copy for my #goto #ebook reads!