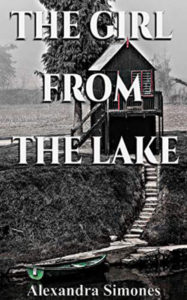 How do you tell the difference between a vivid dream, an hallucination and reality? Or is the fact that you are questioning the above in the first place a sign of insanity? Who would you turn to if your own mind became your enemy?
Join Analise, in her quest to find answers to her mysterious dreams about the girl from the lake.
“Panic takes hold of me, my chest tight and painful as I feel my throat and lungs fill with water. Please don’t let me die like this!”
A series of vivid dreams about a young girl at a lake send Analise’s whole world spiralling out of control. Concerned brother, Bryn, rushes her to hospital, and her mental health is soon questioned not only by the professionals, but by her own family too.
Is she really on the verge of a breakdown? Who is the girl from the lake? And why does she keep appearing?
With Bryn’s support, Analise investigates the meaning behind her dreams. With nothing but herself to lose, she goes to the only place she feels can give her what she seeks; the lake. But nothing could prepare her for what she is about to uncover. 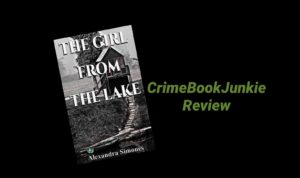 This is Alexandra Simone’s debut novel and it touches on themes of trauma, family, secrets, mental health, loss and a search for the truth.

The opening certainly sets the reader’s expectations  – I was intrigued and wondered what was going on right from the get go. It’s told from the main characters POV, first person – so as a reader, we are always in the MC’s mindset. The setting itself was curious and mysterious – even haunting at times – as the suspense builds and I was left wanting to know more. Emotive and compelling – This is a story that builds slowly, pulling you in and enticing you to read just one more chapter.

Character-wise – everything revolves around and is told from Analise’s POV. We see her spiral and I found myself constantly on edge, wondering what trauma has caused her mental health to suddenly spiral. She is a strong, determined but also vulnerable young woman who relies heavily on her brother Bryn for support. Her mother seems to want to brush off her questions, unable to answer because of her own inability to deal with loss after her husband died two years previously. I would have liked to get to know more about the mother as I think it would’ve added more conflict and pace. The author does a good job at developing the characters throughout the novel so as a reader, you get to know just what you need to.

I did figure things out fairly early on, but not everything, so when the full story was revealed, I was surprised and liked the way the author concluded everything.

Would I recommend this read? Absolutely! If you enjoy slow burning suspense, a haunting storyline that will have you intrigued – this is a book you’ll want to check out!