Woohoo! It’s ? Music Monday ? time again! I’m growing rather fond of this idea created by Drew Weldon aka the Tattooed Book Geek. Make sure you check out his blog!

The song is WHEAT KINGS. The band is THE TRAGICALLY HIP. What’s the crime theme? The story behind this song is this: The song tells the story of David Milgaard, a young Winnipeg-born hippie wrongly convicted of the grisly rape and murder of Saskatchewan nurse Gail Miller. He served 23 years in a Canadian prison before his conviction was over-turned. Perhaps the most poignant and powerful aspect of the Milgaard story is that even though David had 20 opportunities for parole during his sentence, he did not once make a request for an early release. This would have required him to admit to the crime, something he was never prepared to do. Had David accepted responsibility for Gail Miller’s death, he could have been released.

So offenders and perps – I give you #WheatKings by #TheTragicallyHip! ? 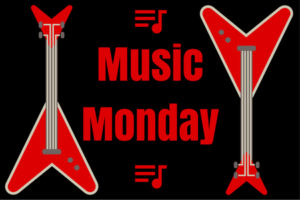 His Zippo lighter he sees the killer’s face
Maybe it’s someone standing in a killer’s place
Twenty years for nothing, well, that’s nothing new
Besides, no one’s interested in something you didn’t do

There’s a dream he dreams where the high school’s dead and stark
It’s a museum and we’re all locked up in it after dark
The walls are lined all yellow, grey and sinister
Hung with pictures of our parents’ prime ministers

Late breaking story on the CBC
A nation whispers, “we always knew that he’d go free”
They add, “you can’t be fond of living in the past
‘Cause if you are, then there’s no way that you’re going to last”