Every Monday I see some fabulous posts titled #MusicMonday from my #lilstar A Knight’s Reads. She shares a track of her choosing under the meme created by Drew Weldon, the Tattooed Book Geek. Y’all know Drew right? If not, you should! Go and check out his blog! I may not do this every Monday but thought I’d give it a go and wait for it…#plottwist… post songs that have a #crime theme to them. (Bet you didn’t see that coming right? ?) 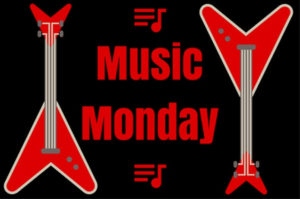 There was a friend of mine on murder
And the judge’s gavel fell
Jury found him guilty
Gave him sixteen years in hell
He said “I ain’t spending my life here
I ain’t livin’ alone
Ain’t breakin’ no rocks on the chain gang
I’m breakin’ out and heading home”
Gonna make a (jailbreak)
And I’m looking towards the sky
I’m gonna make a (jailbreak)
Oh, how I wish that I could fly

I got to break out
Out of here

With a bullet in his back