Delighted to be hosting a Guest Post today for Claude Saayman‘s A Serpent’s Conscience blog  tour! Huge thanks to Sarah Hardy of Book on the Bright Side Publicity for the invite. First a bit about the author and this book! 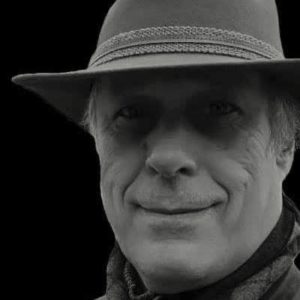 Some say Claude Saayman is a genius, others say he is just a no-good criminal but very few know that he is one of the greatest impostors of all time. He spent three years in solitary confinement before escaping and starting a new life. Without so much as a high school diploma, he worked as a Surgeon, Engineer Airline Executive and managed a multi-billion-dollar project.

Claude learned the basics of writing in James Patterson’s Masterclass, yet his style has been described as reminiscent of Romain Gary.

To learn more about Claude and his extraordinary life, visit him online at thegreatestimpostor.com. 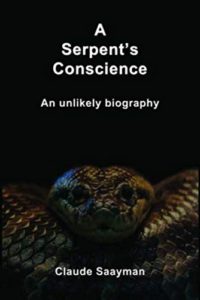 What makes a man risk his life, over and over again, for a few moments of pleasure?

Young Marc lives in an emotionally charged and volatile home environment that sets him on a path to psychological chaos and drug addiction. As a balm for his low self-esteem he develops a need for danger and puts himself in dangerous, sometimes deadly situations. He is just seventeen when he steals his first aircraft. A year later he joins the Air Force where he takes a helicopter for a joyride. He is caught and given a second chance in a fighter training squadron. One Sunday afternoon he decides to take a fighter jet for a joyride.

Marc deserts the Air Force but is caught trying to leave the country. He learns that he will be charged for treason and executed so he makes a daring escape. He is caught and put in a secure facility where he makes another audacious escape. He is caught and thrown into solitary confinement for three years. To pass the time in his cell, he flies imaginary planes. On the verge of insanity, Marc makes one last flight where he discovers the reason for his turbulent life.

On the way to his court martial he escapes and vows to start a new life. 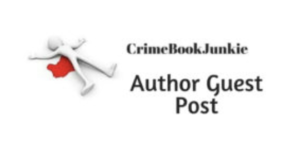 Many think that it takes courage to face death. I believe that it took more courage for the ten-year-old boy that I was to step naked into a pit of deadly snakes – only to prove to myself that I had courage to face other human beings.

The recurring theme of A Serpent’s Conscience is the pursuit of self-esteem.

This is no small undertaking for a child who lost his self-esteem to abuse, neglect and violence. In my case I instinctively found solace in danger. There was no scale against which to measure danger versus psychological benefit; I sought danger without knowing why, yet conversely, I knew that my life was broken.

Excerpt from “The snake pit”.

“Locked in the darkness of his mind Marc thought of the agonising death that awaited him in the next few seconds. He neither trembled nor perspired. He felt neither fear nor sorrow, only a deep sense of calm. Surrendering to the inevitable would be like the healing of a deep wound, the correction of a mistake, or the mending of a broken soul. But not surrendering meant that the inevitable would not be an end but rather an ultimate statement of defiance, rebellion against injustice or a declaration of courage. Marc decided that he would not die the way he had lived, in darkness and insignificance. He opened his eyes to face death, but the serpent was gone. Marc shrugged his shoulders and walked toward the wall, his mouth dry but his spirit reborn.

This encounter with death did not outwardly change him, but Marc discovered an inner strength, a deep feeling of confidence. It was something so unique and powerful that Marc made no effort to show it to the outside world neither did he let it change his behaviour. The paradox between inner courage and outer timidity would remain buried deep within Marc’s psyche.

That strong emotion, that ultimate test of courage was highly addictive, and he could not resist its allure.”

I survived many more visits to the snake pit, but I never quite came to terms with the reasons that drove me to tempt death. I was never able to translate courage it took to enter that pit into even the most basic form of self-confidence.

I became a pariah, an outcast because my fear of humans was greater than my fear of death. It was as if my friends were serpents, and the serpents my friends.

Life thrust me into a pit of psychological disorders from which there is no issue. Violence and abuse sealed the exits. I ended up hating myself even more than I hate those that abused me.

Inevitably my psychological malaise led me straight down the path of self-destruction and I ended up in jail. I spent three years in solitary confinement waiting for an inevitable death sentence. I managed to escape and for forty years I lived as another.

For forty years I have lived in another snake-pit.

Sounds interesting! Check out the rest of the tour here: 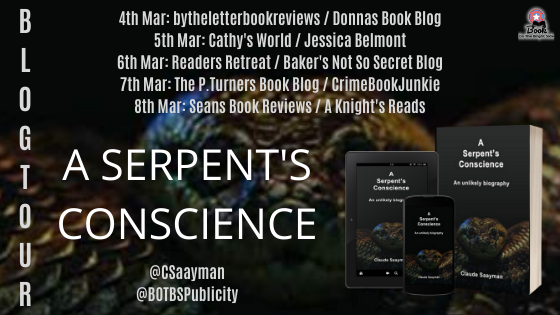 2 Replies to “What makes a man risk his life, over and over again, for a few moments of pleasure? #ASerpentsConscience #GuestPost @nholten40 @CSaayman @BOTBSPublicity”