Today I have an exclusive extract from Laury A. Egan’s THE UNGODLY HOUR. My thanks to Interlude Press and Judith from A Novel Take PR for reaching out. First  a bit about the author and this book – then grab a cuppa, relax and enjoy!

Laury A. Egan is the author of The Outcast Oracle (a Kirkus Reviews’ Best Books of 2013 selection), Jenny Kidd, Fog and Other Stories, Fabulous! An Opera Buffa, and A Bittersweet Tale. Four poetry collections have also been published in limited edition. She has spent several months in Greece, with three visits to Mykonos, where she photographed the island and found inspiration to write The Ungodly Hour. Website: www.lauryaegan.com 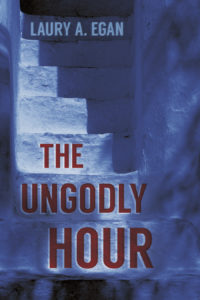 The black figure entered the viewfinder just as Dana Fox squeezed the shutter. The figure hadn’t been there a second before…

While leading a weeklong photography workshop on picturesque Mykonos, instructor Dana Fox is entranced by the brilliant light of the Greek island, as well as by the dark beauty, Cybele Karabélias, a local policewoman. But her idyllic sojourn takes an ominous turn when a series of gruesome murders rock the town. Heedless of the possible dangers surrounding her, Dana continues to document the isle in sunlit photographs, unaware of the killer edging closer, hungry for closure and the evidence she unknowingly possesses. 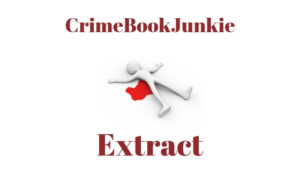 THE UNGODLY HOUR  – By Laury A. Egan

As Dana came around the corner to her building, she noticed her front door was partially open. She was positive it had been locked, but, on closer examination, wedge marks were visible on the wooden frame. Stepping cautiously over the threshold, she flipped on the light. Her darkroom was a riotous mess. The notebooks of negatives and prints lay open on the worktable. Strips of negatives curled like brown snakes on the floor. Listening for any sound upstairs, Dana held her breath. In this ancient construction, the slightest movement in the rooms above could be heard. All was quiet. Nevertheless, she climbed the staircase slowly, ready to run.

In the living room, her anger grew when she saw the contents of her camera bag sprawled on the couch and the backs of her two Nikons flipped open, gathering dust on the shutters. A blackware vase was in pieces on the floor, as if the thief had become frustrated. Dana took the stairs to her bedroom two at a time. Nothing there was disturbed.

What was the person looking for? It was obvious that burglary hadn’t been the primary goal because a thief would have taken her expensive Nikon cameras and lenses. Even so, Dana was relieved she had been wearing most of her valuable jewelry—a gold cuff bracelet, her father’s Hamilton watch, and three gold rings. She then thought about the darkroom and the cameras and deduced that exposed film, negatives, and prints were the target, most likely related to Malcolm Hall and the pictures she had taken earlier.

She flew downstairs. The prints were missing from the drying racks. The negative page was gone. “Damn!” she shouted.

After fuming and cursing, Dana called the police and Nikos, her landlord.

About fifteen minutes later, there was a firm knock on the door. From the balcony, Dana peered over the railing and saw a uniformed policeman, Myron Tsoublekas, who was talking to someone hidden by the overhanging balcony. As she descended the stairs, she considered his name, Myron, which meant “fragrant.” Myron was anything but sweet-smelling: the overpowering combination of tobacco, garlic, and sweat usually made her retreat a step.

Dana opened the door and was stunned to see the woman from Caprice standing behind Myron. The woman was equally surprised to see her—a faint blush darkened her tanned face. Wearing the same uniform as Myron, she was crisp in a pale blue shirt framed at the shoulders with epaulette bars; her legs were clad in pressed navy trousers. She was even more beautiful than Dana remembered. Myron introduced her as Cybele Karabélias.

Trailing the sensuous scent of sandalwood, Cybele stepped into the darkroom, followed by Myron. The two officers surveyed the damage and pulled out notebooks to record details.

“Do you know what’s been stolen?” asked Cybele in a deep, musical voice. Her accent was British.

“I think the thief was looking for the photographs I took this morning. I was out with my camera before sunrise…very near where Malcolm Hall’s body was found.”

“So you have information about his death?” Myron asked.

“No, not really. Only a little…from the staff of The Pelican. Anyway, as I was taking a shot of the street, a Greek Orthodox monk walked into the picture. I thought nothing of it at the time, but after I heard about the murder, I decided to develop the roll of black-and-white film and make a few eight-by-ten prints.”

“Was he in a photo?” Cybele observed Dana with large brown eyes.

“In one frame. At the bottom of the street. His face was in profile and in shadow. His head was partly covered by a—I don’t know what the cloth is called—”

“An epanokalimavkion. The hat is a kamilavkion,” explained Myron, frowning. “That is strange because only a few holy men live on Mykonos. At the Monastery of Panagia Tourliani and the Monastery of Paleokastro, several kilometers outside of town. They could have business here, at a church or with a parishioner, or might be visiting from the mainland.” He gave a little snort. “But I doubt a priest would break into your apartment.”

Cybele smiled at Myron, who was a very devout man, and then turned to Dana. “How many prints did you make?”

“A full-frame shot and then I enlarged the figure twice, but the detail was poor.”

“And all of the prints and negatives are gone, Miss Fox?” Myron inquired.

“Yes. Probably when the thief found the prints and the negatives, he knew that was all there was—if it was the person I photographed this morning. Both my cameras were opened and checked for film. Would you like to see?”

The two officers followed Dana upstairs and made more notes.

“A bit of temper,” remarked Cybele, pointing to the broken vase.

“It would seem so,” Dana agreed. “It was a museum replica. Not valuable.”

While Cybele picked up the shards, Dana had a moment to study the policewoman. She was in her mid-thirties, a few inches shorter than Dana, graceful, and very, very attractive.

Cybele straightened and took in the room. “Is this your work, Miss Fox?”

Dana snapped out of her admiring reverie. “Yes.”

The policewoman hid a small smile, as if she had caught Dana’s examination, and then surveyed each wall. “The images are quite impressive. I understand from Officer Tsoublekas that you also teach photography?” This time the smile was unconcealed and warm.

Dana felt the heat of Cybele’s interest. “I have a seven-day workshop in progress.”

“I see. Did any of your students know about the photographs you took this morning? Or did you show the prints to anyone?”

“No. The only person who knew I had been in the area was Anna at the newspaper. She told some of the reporters and the owner—”

“And maybe someone else,” finished Cybele.

If this sounds like it might be right up your street, you can find out more here: