I’m absolutely delighted today to be sharing with you a new #literarytubemap that has come to my attention. Tom Matthews contacted me and I asked him to tell me a little more about this fabulous idea….

We’ve come across a few alternative tube maps over the years and thought we’d take a stab at our own and map a famous piece of literature to a station on one of the most iconic transit maps.

We aimed to select a breadth of titles across all genres throughout history and the result is a comprehensive mapping of London’s literary history, including famous crime stalwarts as stations such as Sherlock Holmes as Baker Street, and lesser known but brilliantly named titles like The Wimbledon Poisoner and Lawless and the Devil of Euston Square.

We also found it fascinating how certain genres and authors “owned” certain parts of the map: Dickens’ London dominates the Central Line, while gothic Victorian works Dracula, Dr. Jekyll and Mr. Hyde and The Picture of Dorian Gray can all be found haunting the Piccadilly Line. Zadie Smith’s works were located on the northwest Jubilee Line while Martin Amis’ novels were more prominent around West London.

The map shows London’s diverse literary and cultural history. With so many areas of the city synonymous with authors and books it is truly a testament to how literature can help colour places like few other things can.

In The Book are primarily a publisher of personalised children’s books in the UK & US. 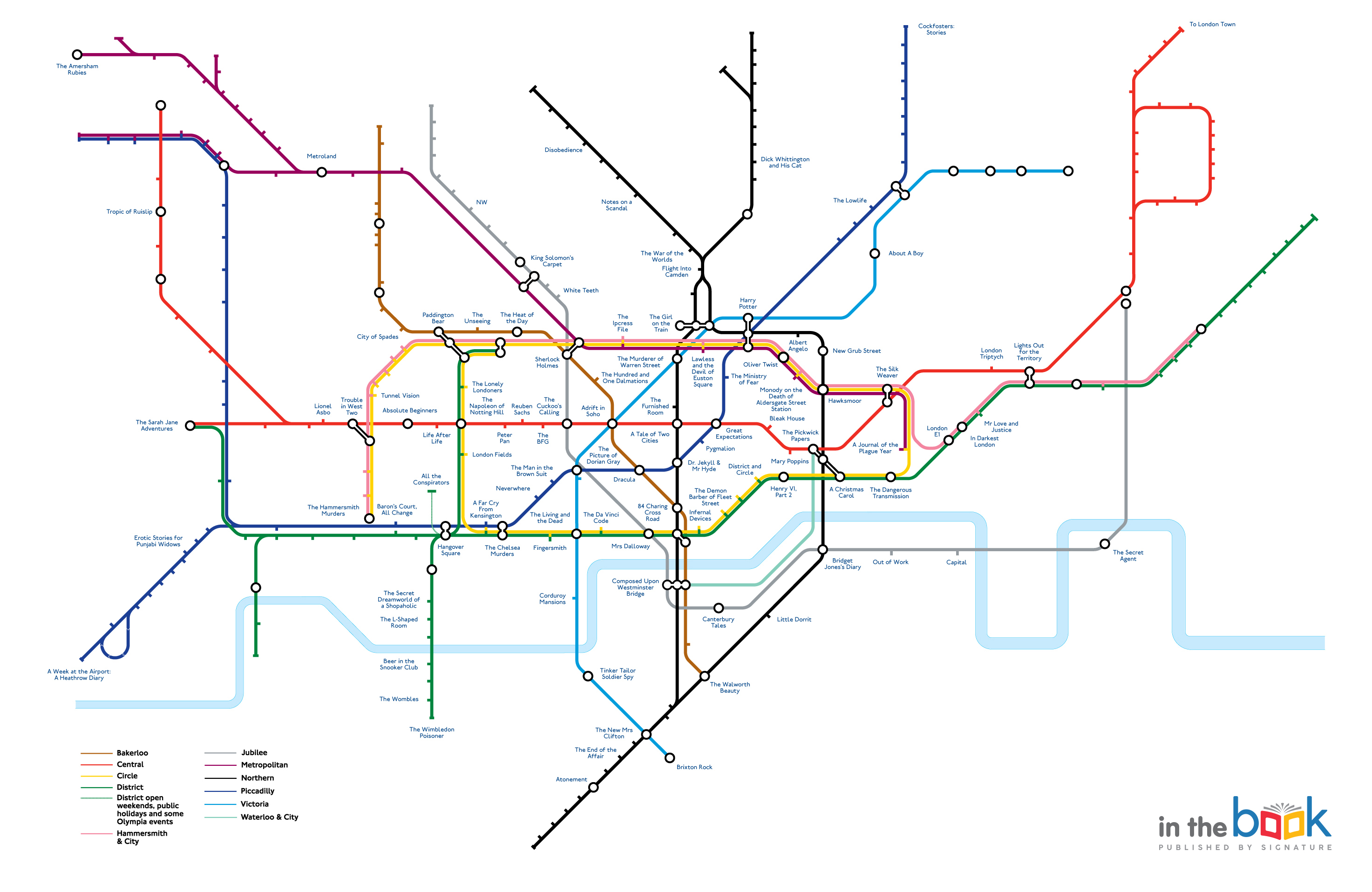 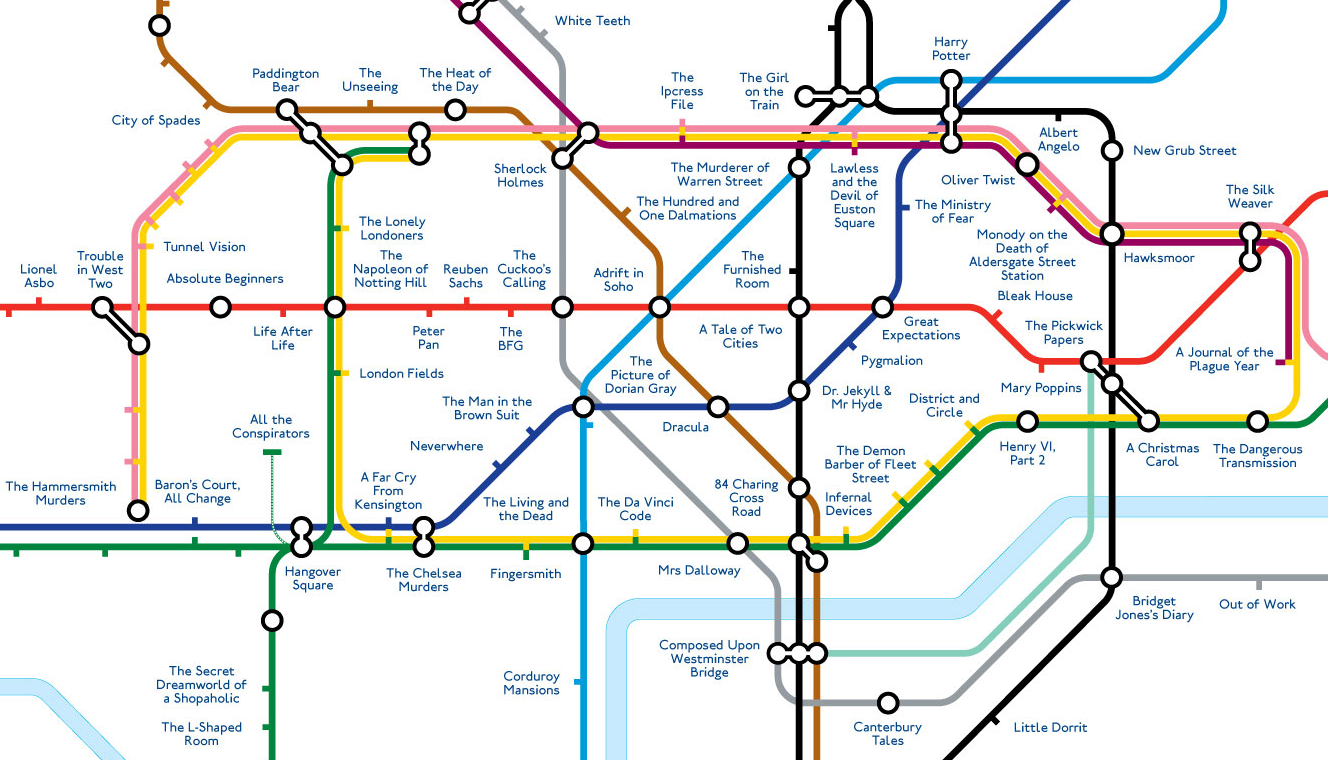 Featuring some classic novels, as well as some new must-reads, this map of London replaces all of the central (and many more) stations with literature set there.

You can vividly picture Ebenezer Scrooge sulking home after work through the streets near Monument station, and Sherlock storming out of his address at Baker Street to solve another case – closely followed by faithful Watson.

I absolutely LOVE this and thrilled to be a part of spreading the word! Find out more here on their website IN THE BOOK