Thrilled to be hosting Stuart James’ TURN THE OTHER WAY blog tour today. My thanks to the ever-so-awesome Sarah Hardy of Book on the Bright Side Publicity for the invite and the author for an ARC. A bit about this author and book before I share my review! 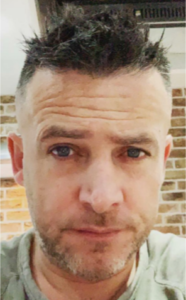 I’m 45, married and have two beautiful children. Currently, I’m a full-time plumber but would love nothing more than to make a living from my writing.

I hope I write stories and people continue to enjoy them for years to come. That would be completely amazing and a dream come true. 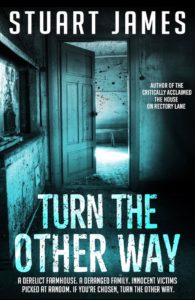 Sometimes revenge is the deadliest game of all.
A derelict farmhouse in the Essex countryside.
A deranged family.
Innocent victims picked at random.
If you’re chosen, Turn The Other Way.
Simon Bairstow is a top London surgeon. He’s performed dozens of life-saving operations. But something goes horribly wrong. The machine Eve Johnson is attached to flatlines, and suddenly her parent’s world has collapsed.
They’re hellbent on revenge, someone to answer for the horrific error that’s been made.
Noah and Jess are driving home on a busy dual carriageway and stuck in traffic. They hear thumping coming from the back doors of the transit van in front of them. When Noah steps out onto the road, he hears muffled screams.
He opens the back doors and what he sees shocks him to the core.
The van pulls off, spilling Noah onto the road.
Ignoring his wife’s plea to leave it, he hits the accelerator in pursuit of the van.
Chloe’s parents are missing. She hasn’t seen them since they left the party in Hampstead on Friday night. She needs answers, deciding to take matters into her own hands.
A serial killer is stalking the streets of Islington in North London late at night leaving his victims in a horrific way.
The press have dubbed him the Angel Attacker.
A terrifying tale of revenge with a twist that will hit you like a sledgehammer. 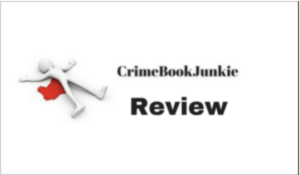 Set in London we are led on a gruesome journey filled with loss, anger, grief, manipulation, fear, revenge and a sense of justice.

The opening of this novel is *intense* and intriguing – and this followed suit through the whole novel. Written with a dual timeline of the past and present, the reader is drawn into figuring out how they linked. There were various points of view, a nice build up of suspense and the pace was good and kept me turning the pages. Overall, I found that even the parts that may have niggled me, were buried in the sheer horror that kept me glued to the story. I wouldn’t say this was a pure crime thriller as there was definitely a horror cross-over – it reminded me a little of The People Under The Stairs (film) and I think you do have to suspend your belief at times.

Character-wise – well OMFG you are given a whole crazy cast of peeps to pique your interest! I won’t go into them all as there are far too many to mention – but let’s chat about Noah and Jess, who we meet at the start. The pair were minding their own business when BOOM – WTAF happened there! There were times when I was really drawn to this pair and other times I was screaming at the pages – as I wondered why they chose to do what they did. you do have to suspend your belief quite a bit throughout this novel – and I do that well, so enjoyed the moments that my emotions were getting the best of me! This pair seem to be included in the bones of the story as the horror that unravels knocks on their door. The link is not immediately obvious but I had worked out a few things before the big reveal. I did enjoy the unreliability of some of the characters as they were introduced.

Before I give my final verdict – I just have to throw in Leon and Carl as two real sick mofo’s! What a pair! And that town – I’ll have to make sure I keep well away from there! ha ha

Would I recommend this read? If you enjoy a cast of creepy characters, unreliable narrators, gruesome killings and a horror/crime cross over – then this is a book you’ll want to add to your TBR!  I’ll certainly be keeping my eyes out for the next book from this author. 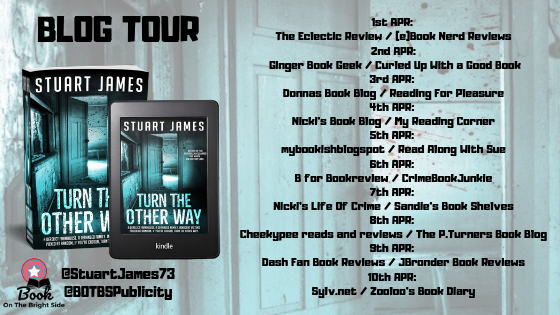