I am over the moon to be taking part in the Bloody Scotland Blog Tour once again and this year, I have the pleasure of a Q&A with the fabulous DENZIL MEYRICK! I’ll tell you a little about Denzil first and his latest in the DCI Daley series: THE RELENTLESS TIDE before we get down to the nitty gritty! Huge thanks to the fabulous Fiona Brownlee and Tim Donald for organising this in the run up to Bloody Scotland 2018! Find out more about Bloody Scotland at the end of this post! Denzil will be appearing at this event, so make sure to check it out too:

Denzil Meyrick was born in Glasgow and brought up in Campbeltown. After studying politics, he pursued a varied career including time spent as a police officer, freelance journalist, and director of several companies.
Beginning with Whisky from Small Glasses, then The Last Witness, Dark Suits and Sad Songs, The Rat Stone Serenade, and Well of the Winds, the DCI Daley series have all become Scottish Crime bestsellers. Whisky from Small Glasses reached #2 in the UK Kindle store in 2016.
An anthology of short stories, One Last Dram was published in late 2017.
The Daley series to date have all been number one bestselling UK audiobooks on Audible.
Number six in the DCI Daley series, The Relentless Tide, is available to pre-order on Kindle and in print on Amazon now, and will be published on 6 September 2018. 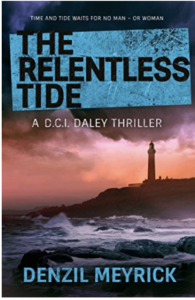 When Professor Francombe and her team of archaeologists find the remains of three women on a remote Kintyre hillside – a site rumoured to have been the base of Viking warlord Somerled – their delight soon turns to horror when they realise the women tragically met their end little more than two decades ago. It soon becomes clear that these are the three missing victims of the ‘Midweek Murderer’, a serial killer who was at work in Glasgow in the early 1990s.

DCI Jim Daley now has the chance to put things right – to confront a nightmare from his past and solve a crime he failed to as a young detective. However, when Police Scotland’s Cold Case Unit arrive, they bring yet more ghosts to Kinloch.

A tale of death, betrayal, Viking treasure and revenge set in the thin places where past, present and future collide. 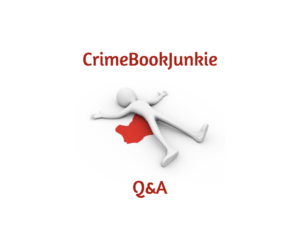 1.     The Relentless Tide is the 7th book in the DCI Daley series and was published Sept 6th.  Did you ever think you would reach 7 books in this series when you first wrote Whiskey from Small Glasses and how has Daley changed over the series?

No, I have to say, the response to the books worldwide has astonished me. I’m not sure many debut writers ever expect they’ll ever see their book in print, never mind become a success. I’m more amazed than anyone.

I think Daley is a pretty constant chap. He increasingly finds himself as a square peg in a round hole. Daley would probably love to do something else – policing has jaundiced his view of humanity – but, as a middle-aged man, he would never have the courage to take the leap, or know what he’d do if he did.

I think recent events have taken their toll, and he wishes he’d more of Brian Scott’s joie de vivre.

2.     Do you work to a particular outline/structure or do you let the voices take over and see where they go?

I have a basic thread in mind when I embark on the writing of a book – a beginning, middle and end, if you like. That morphs and develops as the writing progresses , and sometimes the completed work is rather different when compared to the story I originally envisaged. In a good way, obvs!

3.     Looking back, is there anything about DCI Daley you wish you could change (or any other character?)

No, not really. I do get hammered by some fans over the death of one character in particular, but it had to be done. Like George RR Martin, any character could go at any time; nobody, including Daley, is safe.

4.     I adore DS Scott. Do you ever find that he takes over a story and you have to reign him in? Would you ever do a spin-off featuring DS Scott

Brian is a force of nature, and he could easily be a main protagonist. However, I think the real strength is his relationship with Daley. They are definitely Yin and Yang. But, who knows what will happen in the future!

I love books, of course. I’m a big sports fan, football, rugby, but mostly cricket – no, honestly. I love music too, I play a few instruments and have been known to burst into song , now and again. I played and sang in a band, but that was long, long ago, in a galaxy far, far away. Mainly though, travel and being with my lovely family.

6.     What do you think about crime festivals and do you feel they help you spread the word about you as a writer as well as your books?

Festivals are wonderful, and I’m delighted to be appearing at this year’s Bloody Scotland. Festivals – any events where you can connect with readers are great. It can be a lonely business writing, so festivals add that social aspect. Great to yarn with fellow writers, too. Really looking forward to speaking with Quintin Jardine this year.

There’s no doubt that it’s a fabulous way to attract new readers. Even as a writer, I’ve discovered new books at festivals that I love.

Hard one, I love so many books. But I have to say, Use of Weapons by Iain M Banks. So, so, sadly missed. A brilliant mind, great sense of humour and a fabulous writer. I’m not ashamed to say that I shed a tear or two when he died.

8.     If you could describe yourself in three words, what would they be?

9.     What do you think makes the DCI Daley series stand out from others?

We all have our little USPs. I think humour and the setting in Kintyre are mine. The great diversity in Scottish crime writing is its strength; there’s something for everyone. It would be sad day if we all liked the same things.

I think people love books for many reasons, and setting is most certainly one of them. It helps create that world that draws the reader in. Kintyre is special -very special – to me, and it’s an honour to bring it to the page. It’s the reason why people revisit a book – they know the plot, but just want to be back in the place and with the characters they like so much. Setting is pivotal in the Daley novels.

11.  Can you name THREE authors in the crime genre right now who have piqued your interest?

Douglas Skelton, an old hand, but a fine, fine writer. Neil Broadfoot too, is a superb wordsmith. I appeared with Norwegian crime writer Kjell Ola Dahl at the Edinburgh Book Festival earlier this summer, and love his work.

12.  Would you ever consider collaborating with another author? If yes, who? If no, why?

I’m not sure I’d be the best writing companion in terms of collaboration. I’m too opinionated and headstrong – which of course, has its advantages and disadvantages. Mind you, if James Patterson came along with a project . . .

Thanks so much, Denzil for stopping by my blog today! I’ll see you next week at Bloody Scotland!! Find out about some of the other AMAZING authors taking part in Bloody Scotland this year by following the tour: 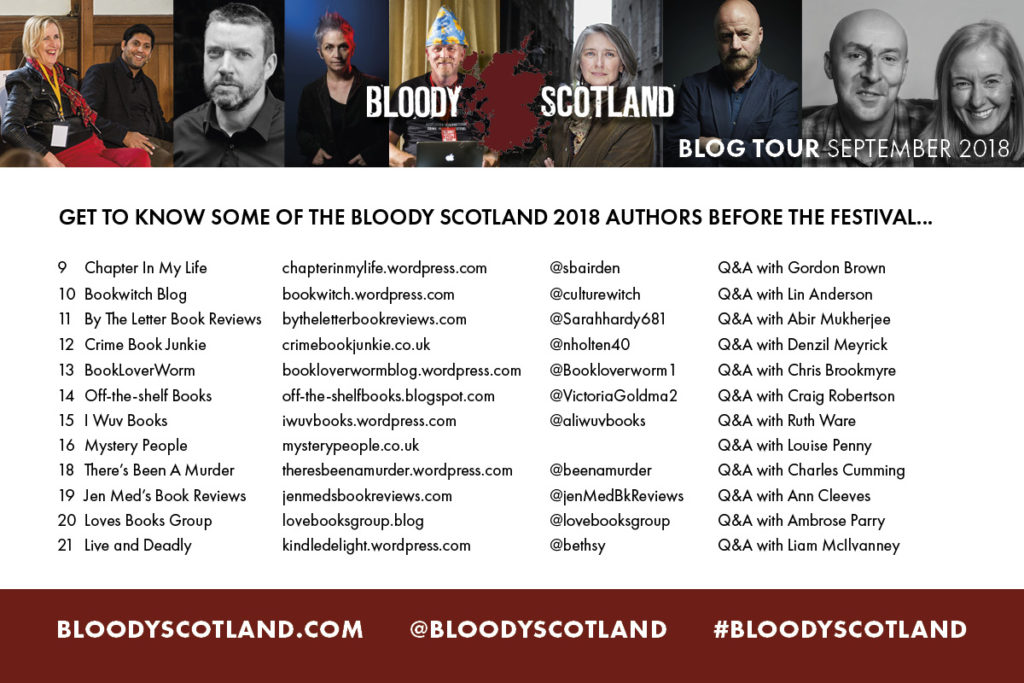 Thanks to my #Twinnie at #ChapterInMyLife, I borrowed thus information!

Bloody Scotland established itself as the leading Scottish International Crime Writing Festival in 2012 with acclaimed writers Lin Anderson and Alex Gray at the helm, then joined by Craig Robertson and Gordon Brown. Based in Stirling, Bloody Scotland has brought hundreds of crime writers new and established to the stage with always enthusiastic attendees who make the festival every bit as much as the writers do.

Priding ourselves as the literary festival where you can let down your hair and enjoy a drink at the bar with your favourite crime writer, we strive to put on entertaining as well as informative events during a weekend in September, covering a range of criminal subjects from fictional forensics, psychological thrillers, tartan noir, cosy crime and many more. With an international focus at the heart of Bloody Scotland, we are always looking to bring in crime writing talent from outside of Scotland whom you may not have heard about. You might, however, knows us for our annual Scotland vs England football cup which always draws a crowd and inevitably ends in tears for someone…

The festival takes place this year from the 21st -23rd September in the beautiful city of Stirling. To buy Denzil’s books click below and if you’re heading to Bloody Scotland this year, you can get them signed! Hope to see you there!