Bloody Scotland was thrilled to launch our 2018 programme in Stirling today with Alexander McCall Smith and we revealed that the festival will close on 23 September with Irvine Welsh. The London launch will take place in Waterstones Piccadilly at 6.30pm tomorrow evening. All welcome.

This year’s gala opening will take place on Friday 21 September where we will present the McIlvanney Prize for Scottish Crime Book of the Year. Denise Mina and Val McDermid will then lead a torchlight procession – which the public are very much encouraged to participate in – to their event followed by a performance from the Fun Lovin’ Crime Writers.

There are also experts in their field including BBC security correspondent Frank Gardner, forensic scientists Dr Richard Shepherd and Professor Sue Black, Kate Bendelow, author of The Real CSI and consultant anaesthetist, Dr Marisa Haetzman who forms the other half of Ambrose Parry along with husband Chris Brookmyre.

Two book to TV events follow last year’s sell out event with Ann Cleeves and Douglas Henshall. MC Beaton will be appearing with cast and crew of her Agatha Raisin series and Helen Fitzgerald with an actor from the new TV adaptation of The Cry.

On the international front we have a very special relationship with the Word Festival in Christchurch and will be welcoming Fiona Sussman and Paul Cleave, two winners of the Ngaio Marsh Prize, thanks to funding from Creative New Zealand.

Bloody Scotland likes to nurture new talent ranging from our ‘support acts’ who read from their newly published books before the headliners in the Albert Halls to the aspiring authors who get the chance to pitch their ideas to a panel of publishers and agents. Alison Belsham who won Pitch Perfect two years ago will be back this year with her debut The Tattoo Thief which has just been published by Trapeze.

The Golden Lion will remain the social hub of the Festival with a Waterstones bookshop, well-stocked bar, the ballroom for events and green room / press office. The Albert Halls will remain the largest venue with capacity for 700 and we will also be using Allan Park South Church with bookshops at each.

There continues to be a discount for local residents, tickets for the unemployed and we continue to improve disabled access with a mini bus between venues for those that need it.

Perennial favourites the quiz, the play and the Scotland v England crime writers football match (this year captained by Chris Brookmyre and Mark Billingham) will all be back along with last year’s surprise hit, a live podcast hosted by Steve Cavanagh & Luca Veste which generated as many laughs as the Crime at the Coo cabaret. We will also be presenting our first ever musical, an original piece from the pen of Sophie Hannah.

Pictures from today’s launch can be downloaded here:

“We are delighted to welcome Bloody Scotland and its cast of stellar authors to Stirling again. It’s a key festival in our growing events calendar and a truly unmissable event for crime fiction fans from across the UK and beyond. This year’s event promises to be the biggest and most international yet, and we’ve been working closely with Bloody Scotland organisers to bring a real sense of the festival to the whole of Stirling.”
Stirling Council Provost, Christine Simpson

‘Crime writing is one of Scotland’s most enjoyed genres at home and among our principal literary exports, with the term Tartan Noir gaining recognition and respect from readers across the globe. For those reasons and many more, Creative Scotland are delighted to support Bloody Scotland, the international Crime Writing festival that takes over a September weekend in Stirling each year. This is a continuingly growing and developing event that matches up local and international literary stars, the established and the emerging. It promises a programme of events that allow the all-important reader to engage with crime writing and writers in informative, inventive and entertaining ways.’
Alan Bett, Literature Officer at Creative Scotland

‘Literary festivals have become a fixed feature of our cultural lives. Bloody Scotland was started comparatively recently but has already established itself as one of the most popular of these festivals – I am delighted to be involved in its launch today.’
Alexander McCall Smith

‘As Stirling Gin mix the delicious Bloody Scotland cocktail for our launch, here are the secret ingredients to the success of the Bloody Scotland Festival – take 80 crime writers, sprinkle in some international stars, pour over the historic setting of Stirling, add a liberal dash or two of alcohol, stir in thousands of crime readers and garnish with a football match and some flaming torches. This irresistible mix to be taken once annually.’
Chair of Bloody Scotland board & Literary Agent, Jenny Brown

Bloody Scotland is supported by the National Lottery through Creative Scotland’s Open Project Funding, Stirling Council, the Open University and Stirling University. Stirling Gin have remained a sponsor for a second year running and are kindly providing Bloody Scotland cocktails at both programme launches. Waterstone’s will once again be our festival bookseller and other sponsors include The Faculty of Advocates, The Sunday Times Crime Club, Headline Publishing and The Crime Vault We have also secured a number of new sponsors including H W Fisher who are specifically sponsoring the London launch and the green room during the Festival.

This year Bloody Scotland coincides with a number of other Scottish literary festivals, why not take the opportunity to move on from Stirling to the infamous Wigtown Book Festival which runs until 30 September.

Tickets will go on sale to the public from 12pm on Monday 4 June from www.bloodyscotland.com or at the Box Office in the Tolbooth Stirling or in the Albert Halls. Free standby tickets are available to the unemployed or those on a low income on the day of the event if there is good availability. Proof of eligibility is required and tickets are limited to one person. A 10% discount is available to people residing in the Stirling Council area. You must give your address at the time of booking. Visit www.bloodyscotland.com/localdiscount for details

OMG I can’t wait for this! Booked my ticket to the Torchlight procession within minutes of seeing the email! This is one crime festival you don’t want to miss! 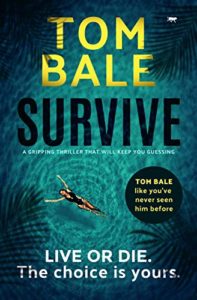