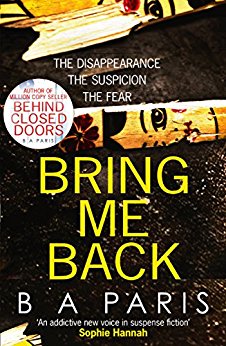 The Suspicion
He told the police the truth about that night.
Just not quite the whole truth.

The Fear
Now Finn has moved on.
But his past won’t stay buried… 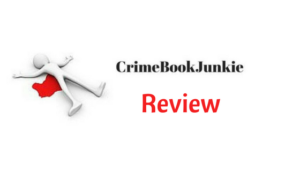 WOWSERS! Mainly set in Exeter – though we do find ourselves in other locations throughout the UK as well as in France at times- the reader is thrown into a world of mistrust, guilt, betrayal, rage, loss of control, secrets & lies, manipulation, pushing people to the limit, paranoia, mind-games and a search for the truth.

What a great opening! The questions were buzzing around in my mind and I was drawn in by the #killerhook I love so much in crime fiction. With an unreliable narrator, I just had no clue what I should believe and raced through this book in six hours. I am glad that I started it at the time I did, or #ForgetSleep would definitely have applied. This was a tense read with suspense teasing the reader as each chapter unfolded. I enjoyed how it was told in different parts and thought it was cleverly written. Despite having guessed the outcome, I still wasn’t completely convinced I was right and the reveal was still as shocking as it should have been!

Rich with complex and curious characters, Finn McQuaid had me questioning his like-ability throughout. I mean, could I trust this guy? He has a temper but also seems genuine in his love for Layla – the missing girlfriend. But now in a relationship with … ? well read the book and find out. I can say that it is more than a little messed up!

Ellen has her own secrets, I found her to be a bit wishy-washy at times but she seems genuine in her emotions despite any conflict that may arise from her relationship. She also came across as a bit child-like at times. An interesting character that kept me guessing.

Harry was another one who I just could not make out. Finn’s bestfriend, he bails Finn out and puts up with his catankerous behaviour. Do I trust this guy? Hmmmm….

Layla- in part two of the book, we learn more about her and it is again one of those characters who just had me thinking – WTF?

What I loved is that I could pretty much trust no one. And as their characters developed in the story, I still had no clue as to whether someone was genuine or covering something up. From the very start we are led down a path that really pulls at us – my emotions were all over the place…needless to say, I bloody loved that!

Would I recommend this book? OMFG – you bet I would! And seriously, do not start it before bedtime, unless you have no plans for the next day as once you start, you will definitely want to keep reading until the very end. Dark & twisted, the web of deceit catches you out and certainly keeps you on your toes.

My thanks to HQ Digital for an ARC of this book.