OH YEAH!! DI Harry Evans and the Major Crimes Team are back and I could not be happier!  A huge thanks to Graham Smith, Rachel’s Random Resources and of course Caffeine Nights for inviting me to participate in this blog tour as well as read an ARC of this novella!  Before we get to my review though, let’s find out a bit about the author as well as a bit about the book! 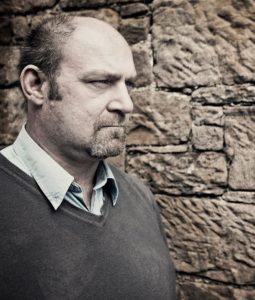 Graham Smith is the bestselling author of two explosive crime thrillers in the Jake Boulder series, Watching the Bodies and The Kindred Killers. Watching the Bodies spent over two weeks at number one in the Amazon UK chart and Amazon CA charts. Graham is also the author of the popular DI Harry Evans series and has collections of short stories and novellas.

He is the proud father of a young son. And as a time served joiner he has built bridges, houses, dug drains and slated roofs to make ends meet. Since 2000 he has been manager of a busy hotel and wedding venue near Gretna Green, Scotland.

An avid fan of crime fiction since being given one of Enid Blyton’s Famous Five books at the age of eight, he has also been a regular reviewer for the well respected review site Crimesquad.com since 2010.

Graham is the founder of Crime and Publishment, a weekend of crime-writing classes which includes the chance for attendees to pitch their novels to agents and publishers. Since the first weekend in 2013, eight attendees have gone on to sign publishing contracts. 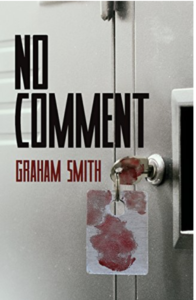 When a single mother, Julie Simon, is found in her kitchen with a stab wound to her stomach, Cumbria’s Major Crimes Team are handed the case. Under the supervision of DI Campbell and witîh advice from his former DI, Harry Evans, DC Amir Bhaki fights to discover who assaulted an innocent woman and left her with life-threatening injuries.
Nothing is as it first appears and when the team looks into Julie’s life they uncover a hidden sex-life that may just hold the key to the identity of her attacker. 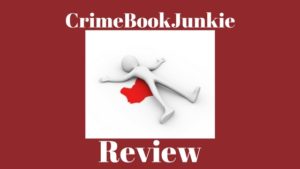 Eeeeeeeeeek! It seems like FOREVER that we have been waiting for the next in the Harry Evans series and then Mr Smith teases us with this fantastic, wee novella! NAUGHTY!  But never fear, as a full novel is out in May and that, my bookish friends, is SUPERB!

I was thrilled to be back in Cumbria with the Major Crimes Team and that rogue (now ex DI) Harry Evans where we were met with secrets, shame, guilt, the protection of loved ones, breach of trust and the search for the truth. #AllTheBOOMS

Mr Smith instantly grabs the readers attention with his opening chapters/prologues and this was no different. HOOKED! I liked the way the author used a real, and somewhat uncomfortable topic but dealt with it sensitively. Be prepared for all your emotions to be drained by the time you get to the end of the book though… it is just one of those reads! The author also included the wider victims (friends/family) who are affected, this just added to the authenticity of this intricate and compelling plot. Despite being a novella, by the time I was finished I felt like I had read a full book – that is another thing that this author does well. Fabulous, Mr Smith! The fingers of suspicion are pointed at a few people and Mr Smith’s knack of engaging the reader has you following the clues alongside the MCT.

Character-wise, this book was all about Bhaki more than any other member of the MCT. He is sensible and seems at times to be drawn into DI Campbell’s (Harry replacement) way of doing things but not so much because he is a follower- more so because he does not want to see the MCT disbanded. He is loyal and dedicated and this book lets us see a more vulnerable side to him. I loved it!!

Lauren – I know she is a marmite character, but I adore this lady! Sassy, confident, knows her worth – she is one gal not to be messed with. Very loyal to Evans and the MCT – she follows orders…most times…and always gets the job done. No one will ever change my mind about Lauren and I hope she never changes! LOVE HER!

Awww- Harry, Harry…Harry. You just gotta love this guy. Such an arse, but a heart of gold. Following on from I Know Your Secret, we see Harry recovering from a pretty nasty beating – he brought it all on himself for reasons…well, read the book and you will find out more. But the author does not shy away from putting his main characters through the wringer that’s for sure and I can only imagine that we have not seen the last of the hardships Mr Evans will face. Needless to say, once he recovers, Harry will be starting his consultancy role and that should be fun! #PoorPoorHarry!

Gracie is another brilliant character – a young girl with a lot on her shoulders and Mr Smith brings her character alive beautifully. Same goes for Jack (her bother) – his vulnerability, and desire to protect those he cares about is heart-breaking. WOW! WOW! WOW!

Maureen Leighton and DI Campbell as well as other familiar characters are not left out of the mix, but if I carry on – there will be no point in reading the novella! So…do I recommend this book?  You bet your sweet arse I do! Emotive, hard-hitting and a page-turning read, Graham Smith has once again nailed it! This quick but totally satisfying novella will have you eagerly waiting for When The Water Recedes (novel) and OMG – you are in for a treat with that! Don’t forget to follow the rest of this cracking tour! 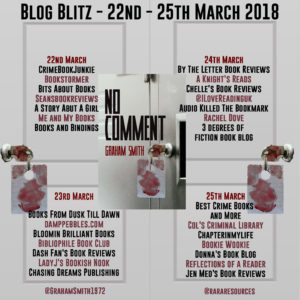 I highly recommend you read the WHOLE #DIHarryEvans series. The books are below and if you head to Graham Smith’s amazon author page- HERE – you can browse and grab a copy of each!