Woohoo! I am over the moon to be hosting Rob Sinclair’s THE SILVER WOLF blog tour today! I have an amazing #guestpost from Rob looking at the roots of James Ryker! First though, a bit about the author and this book! 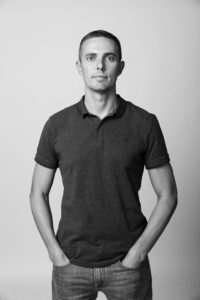 Rob is the author of the critically acclaimed and bestselling Enemy series and James Ryker series of espionage thrillers. His books have sold over half a million copies to date with many reviewers and readers having likened Rob’s work to authors at the very top of the genre, including Lee Child and Vince Flynn.
​
Rob began writing in 2009 following a promise to his wife, an avid reader, that he could pen a ‘can’t put down’ thriller. He worked for nearly 13 years for a global accounting firm after graduating from The University of Nottingham in 2002, specialising in forensic fraud investigations at both national and international levels. Rob now writes full time. 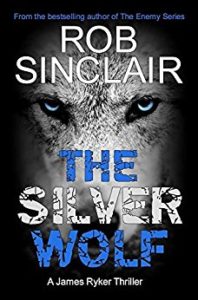 Ryker wants blood, and one way or another he’ll get it…

Still tormented by the disappearance of his wife, ex-intelligence agent James Ryker sets out on a personal mission of revenge, prepared to go to any lengths in search of the truth.

The trail takes him from the crystal waters of Mexico’s Caribbean coast, back to a place he thought he would never set foot again – his country of birth, England. But there he discovers more than even he bargained for. Stumbling across a terrorist attack targeted against his old employers – the secretive Joint Intelligence Agency -the faint clues to many events in his recent past are all seemingly linked to one mysterious character; The Silver Wolf.

But just who is the Silver Wolf, and why is he hell bent on punishing not just Ryker, but his closest allies at the JIA too?

Has Ryker finally met his match?

The Silver Wolf is a globe-trotting thriller that sees James Ryker at his hard-nosed best as he fights the ghosts of his past. As skilled as Jason Bourne, as no-nonsense as Jack Reacher, James Ryker delivers in another heart-pounding thriller. 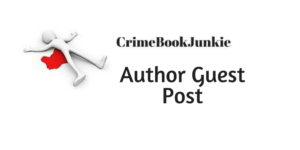 My first three books, the self-published Enemy series of espionage thrillers, gave me the big break in my author career, allowing me to ditch the day job and write full time. By the time the third book, Hunt for the Enemy, was released in early 2016, I’d already gained a following of loyal readers (who I remain indebted to) eager to read about protagonist Carl Logan’s ongoing adventures. So it was perhaps a shock to many when in my next book, The Red Cobra, Carl Logan was gone. Well, kind of.

The thing was, it would have been easy, both commercially and from a writing perspective, to just keep on churning out book after book of the Enemy series with Carl Logan getting himself into bother in new ways. But that wouldn’t have done justice either to him as a character, or to the three books that made up the Enemy series. To me that series was always a trilogy. I knew in my head where it was starting from and I knew even before I’d finished the second book how it would end. There’s a natural conclusion to the story arc from those three books that I didn’t want to interrupt. At the same time, I also liked the fact that the stories of the Enemy series followed on like they did, so I started to plan in my mind a new story arc for Logan, because he was just too important a character for me, and for my readers, to leave behind for good. Then I had a brain wave (at least I think it was a brain wave!) while we were on holiday in Spain. I was with my wife and sons and we were watching an impromptu flamenco demonstration in a town square in a quaint Andalusian village called Mijas. That scene is replicated in the Red Cobra, and somehow is where the whole idea for The Red Cobra story came from. I decided in that moment what I had to do – Logan needed a new identity! Why? Well, he needed a fresh start, to separate the new books from the Enemy series – a new Logan in a new time and place, and it simply made sense to me that Logan would have moved as far away from his life in the JIA as he could – new identity, new location, new outlook on life. But, at the same time, his history is so convoluted and twisted and murky that it had to be his past life that spoiled his new-found idyll, and throughout the James Ryker series it’s Ryker’s (and Logan’s!) past which comes back at him with a vengeance again and again. Not only does his past drive the plots, but it means that new readers to the series continue to get a glimpse of and understand his past as Carl Logan, even if they haven’t read the Enemy books.

Was it the right decision to effectively ditch my main character and start a new series so soon in my career? Many people were dubious about the idea, including some of my most loyal readers, and I know it was a risk, but The Red Cobra turned out to be my fastest-selling book yet! It hit the top 25 in the US and the top 50 in the UK, and the Black Hornet, released soon after, was also an international bestseller. Together the first two James Ryker books in just a few months since release helped to propel my total sales to over half a million and have enabled me to reach new audiences, so, yes, I’d say changing my hero’s name after just three books seems to have paid off after all! Not that I’m planning on doing that again. The Silver Wolf is the third James Ryker book, and just like the Enemy series, it brings to a natural end the main story arc from the three Ryker books thus far. But, you can be damn sure Ryker, like Logan, isn’t finished yet. You’ll just have to wait to find out what I mean about that…

Eeeeek! Thanks so much, Rob! I think this post is so interesting! Great series, great reads! Thrilled to have you on my blog and wish you every success with all your books! Grab a copy of The Silver Wolf here: