Hey #bookjunkies – Check this out!

Century and James Patterson, the world’s bestselling thriller writer, have announced the imminent release of Wiretap: James Patterson Chat Stories, an innovative, free-to-access, custom-made messenger app that will deliver immersive and engaging stories told through a combination of text and picture messages.

The first story to be released on the app will be Cross Lines, available from 19th October on iOS and Android devices. Told over seven days, readers will witness a brand new storyline develop as if looking over Cross’ shoulder. Set in the aftermath of the dramatic events in Cross Kill, Cross Lines will serve as a bridge to the latest in the bestselling Alex Cross series, The People Vs Alex Cross.

“With more of us spending hours on our phones, we felt that the Wiretap app was a great way to generate excitement around the continuing adventures of Alex Cross,” said James Patterson. “We’re delivering an industry-first from a mainstream publisher, giving many readers their first taste of real-time, high-profile fiction based around characters they already know and love. Using a form that taps into our increasing obsession with technology, the app delivers all the elements readers have come to expect from an Alex Cross story, with exciting twists and turns that lead directly into my new novel The People Vs Alex Cross.”

The app is part of a broader strategy that will see the Alex Cross brand heavily promoted throughout the Autumn. The ebooks of both Cross Kill and Detective Cross will be price promoted and include advertising for the Wiretap app, with further support coming from extensive social media advertising and the James Patterson newsletter. Alex Cross content will also be distributed across Penguin Random House’s crime community DeadGood and Penguin UK’s social channels.

Susan Sandon, MD at Cornerstone said: “James Patterson continues to lead the field, not only when it comes to creating thrillers you can’t put down, but also in terms of innovation. The technology behind the Wiretap app delivers one of the biggest authors in the world into readers’ hands in an immediate and engrossing way. We’re proud to work alongside him and innovate within the world of storytelling and we are sure fans everywhere will be excited to experience this brand new element of the Alex Cross universe.”

How cool is that!?  One thing I love about the #bookworld is the innovation and creativity various authors and publishers use to not only sell their books, but to keep their readers interested.  How about we find out a bit more about this book then! 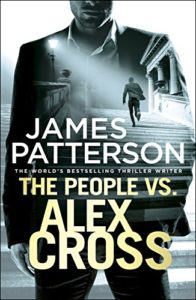 The charges: explosive. The evidence: shocking. The trial of the century.

Alex Cross has never been on the wrong side of the law – until now. Charged with gunning down followers of his nemesis Gary Soneji in cold blood, Cross is being turned into the poster child for trigger-happy cops who think they’re above the law. Cross knows it was self-defence, but will a jury see it that way?

As Cross fights for his freedom, his former partner John Sampson brings him a gruesome video tied to the mysterious disappearances of several young girls. Despite his suspension from the department, Cross can’t say no to Sampson. The illicit investigation leads them to the darkest corners of the Internet, where murder is just another form of entertainment.

As the prosecution presents its case, and the nation watches, even those closest to Cross begin to doubt his innocence. If he can’t convince his own family, how can he hope to persuade a jury? Although he has everything on the line, Cross will do whatever it takes to stop a dangerous criminal… even if he can’t save himself. 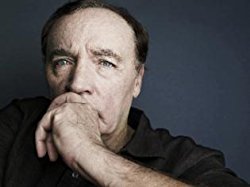 JAMES PATTERSON is one of the best-known and biggest-selling writers of all time. His books have sold in excess of 350 million copies worldwide. He is the author of some of the most popular series of the past two decades – the Alex Cross, Women’s Murder Club, Detective Michael Bennett and Private novels – and he has written many other number one bestsellers including romance novels and stand-alone thrillers.

James is passionate about encouraging children to read. Inspired by his own son who was a reluctant reader, he also writes a range of books for young readers including the Middle School, I Funny, Treasure Hunters, House of Robots, Confessions, and Maximum Ride series. James has donated millions in grants to independent bookshops and has been the most borrowed author in UK libraries for the past ten years in a row. He lives in Florida with his wife and son.

I would love to hear your thoughts on this! Feel fee to comment below!