Woohoo! Over the moon to have been asked by David McCaffrey to reveal the cover for his next book THE WARMEST PLACE TO HIDE. Before I do the big reveal, let’s find out a bit about the author…and yeah….that is a pic with me in it…as I was so excited to finally get to meet him! ? 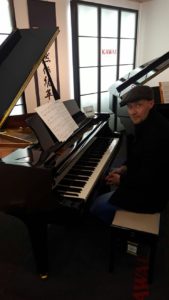 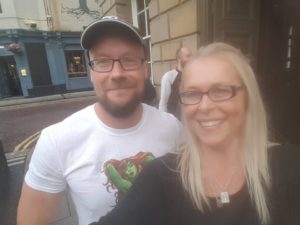 David lives in Redcar in the North East of England and works as an Infection Prevention and Control nurse in a local Acute trust. He has a Kelly, a Jake and a Liam.

A huge fan of Steve Alten, John Grisham and Lee Childs, David loves reading as much as he enjoys writing. Hellbound was his first novel, all thanks to Britain’s Next Bestseller and the aforementioned Steve Alten who took a chance on him as a writing coach client and taught him so much about what it takes to be a writer.

Hellbound was voted by W H Smith readers as one of 2014’s most underrated crime novels.

His second book, the novella prequel to Hellbound titled ‘In Extremis’ is currently available on Amazon.co.uk and Amazon.com on both Kindle and paperback and is a Semi finalist in the Kindle Book Awards 2016. ‘In Extremis’ is also available as an audio book on Audible, Amazon and ITunes; Hellbound is due out as an audio book before the end of the year.

He is currently working on Nameless, the next book in the Hellbound Anthology which is due for release before the end of the year.

His project with Stephen Sayers, “By Any Means Necessary” was out 15th November 2016.

He also knows he only exists as an author because of you, so thank you very much.

Join David and learn more about Hellbound and upcoming projects at –

So do you want to see this cover?

Eeeeek!  Ok then!  #Bookworld …say hello to The Warmest Place to Hide! 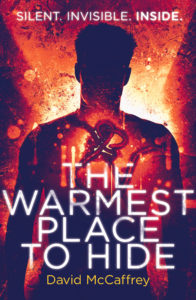 The Fly shocked you.
The Thing thrilled you.
Now experience real fear…

An outbreak in a local hospital captures the world’s attention.
An infection is killing people in horrific ways.
Everyone thinks it’s new.
They’re wrong.
Two people have learnt the truth.
They will have to save themselves before they can save others and learn along the way the most frightening answer of all.
That we are…
THE WARMEST PLACE TO HIDE

Eeeeeeeeek!  Don’t know about you, but I am sooooo excited about this book!  David McCaffrey is an exceptional writer so I know this will blow me away!