Woohoo!  Today on my blog, my fabulous guest reviewer Claire Knight is hosting Chris Thomas’ Enter The Dark blog tour with an awesome review!  But first, grab a cuppa and let’s find out a bit more about the author and this book! 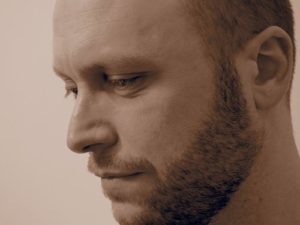 Chris Thomas was born near London in 1978 before moving to Buckinghamshire a few months later. He attended the University of Bristol, graduating with a degree in psychology in 1999. It was here that he developed his interest in criminal psychology and serial killers.

After a brief stint working at an investment bank in London, he left the City to work for his wife’s family business, a position he still holds.

Chris is an avid film fan, especially horror, thrillers and dark comedy- something that he tries to blend in his writing. After attending a creative writing course, he gained the confidence to pursue his dream of writing a novel. He self-published his debut novel The Red Room in February 2017 before joining the Bloodhound Books stable and re-releasing the book as Enter The Dark.

Further works are already in the planning, including a sequel to Enter The Dark, which is intended to be even more dark and disturbing!

In his spare time, Chris enjoys karate (holding a black belt) and spending time with his wife and two young daughters. 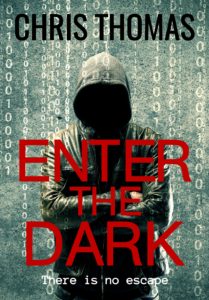 An anonymous website, a few clicks, and Joe Henderson’s life is changed forever.

‘The Red Room’ is the only place where the inadequacies of a weak justice system are righted and where the line between good and evil becomes blurred. When the lights go up, viewers bid, criminals are punished, and the Brotherhood of the Righteous broadcasts a show like no other.

The room has remained hidden until now, when a video arrives in the inbox of the Metropolitan Police Cyber Crime Unit: the torture and killing of a notorious criminal. But outclassed, outplayed, and torn apart by corruption, is there anything Detective Pete Harris and his team can do except watch?

Their only lead may be the room’s latest bidder, Joe Henderson. Because when Joe found the Red Room, it found him too, and now the Brotherhood are watching through the wires, willing to do evil for a righteous cause, to become the men that even monsters are scared of.

As they pull Joe deeper into the dark web, will he find any mercy and any way out? Or will he be the Red Room’s next volunteer?

When I read the synopsis for Enter The Dark, I knew this was something I had to read. There was something that bit different about the story.

The underlying theme of the story is justice. The Brotherhood of the Righteous “right the wrongs” of the justice system. They punish those criminals they deem to have got off lightly in court but there’s the twist. They broadcast the whole thing on the web. Not your Joe Public internet – on the dark web, hidden from prying eyes and from the justice system itself. But someone wants to expose this group!

This book really captured my imagination! The whole concept is ingenious! Yes there have been books about vengeance and retribution but this one took it to a whole new level.

The author’s writing is brilliant. I wanted to read faster but also wanted to savour every page. It’s packed with twists and turns, right up to the last page! I hope there is more to come from this debut author if Enter The Dark is anything to go by!

Huge thanks to Bloodhound Books and Chris Thomas for my copy of Enter The Dark and to the lovely Sarah Hardy for asking me to be on the blog tour. Massive #BusterBear hugs to Noelle for letting me host the #Crimebookjunkie stop – I think you need to add this one to your TBR pile!

Dark and disturbing…it does sound like one I need to add to my TBR! Thanks for the great review Claire!  If Enter the Dark sound like your kind of read, just click the wee book below for a quick trip to amazon!