Thrilled to have been asked by Sabah Khan of Avon Books to join some #AwesomeBloggers and assist in revealing the FABULOUS cover for the book that has been described as a chillingly clever psychological thriller with a stomach-flipping twist!

Can you handle creepy…eery….but utterly stunning? 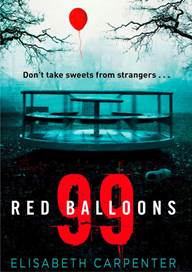 Two girls go missing, decades apart. What would you do if one was your daughter?

When eight-year-old Grace goes missing from a sweetshop on the way home from school, her mother Emma is plunged into a nightmare. Her family rallies around, but as the police hunt begins, cracks begin to emerge.

What are the secret emails sent between Emma’s husband and her sister? Why does her mother take so long to join the search? And is Emma really as innocent as she seems?

Meanwhile, ageing widow Maggie Taylor sees Grace’s picture in the newspaper. It’s a photograph that jolts her from the pain of her existence into a spiralling obsession with another girl – the first girl who disappeared…

This is a gripping psychological thriller with a killer twist that will take your breath away. 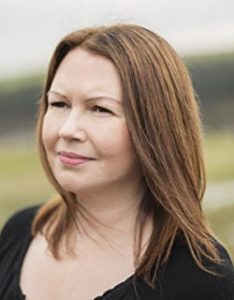 Elisabeth Carpenter lives in Preston with her family and has been awarded a Northern Writers’ Award bursary from New Writing North, and she was long-listed for the Yeovil Literary Prize (2015) and the MsLexia Women’s Novel award (2015). Two of Libby’s flash fiction pieces were shortlisted on Mashstories.com – where she is now part of the judging team.

I am thrilled to be also taking part in the blog tour for this debut so watch for my stop on August 25th!  Anyone else now have THIS in their heads: https://youtu.be/14IRDDnEPR4 ….you do now! ??

Currently 99p – you can pre order a copy HERE.