Eeeeeek!  Huge thanks to Maxine Groves, HQ Stories and J.D. Barker for asking me to be a part of this epic blog tour and to be sharing my review on Publication Day! WOOHOO! Make sure you scroll down after my review for some links to fabulous competitions!  I am not going to waste anytime with waffle-  let’s just get to it! 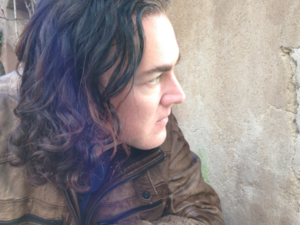 Barker was born January 7, 1971 in Lombard, Illinois and spent the first fourteen years of his life in Crystal Lake, Illinois. A staunch introvert, he was rarely seen without a book in hand, devouring both the Hardy Boys and Nancy Drew series by the age of six before moving on to classics such as the works of Dickens and Twain. The discovery of Shelley, Stoker and Poe fueled a fire and it wasn’t long before he was writing tales of his own which he shared with friends and family. These early stories centered around witches and ghosts thought to inhabit the woods surrounding their home.

At fourteen, Barker’s family relocated to Englewood, Florida, a climate better suited to his father’s profession as a contractor. He attended Lemon Bay High School and graduated in 1989. Knowing he wanted to pursue a career in the arts but unsure of a direction, he enrolled at the Art Institute of Fort Lauderdale where he later obtained a degree in business. While in college, one of his writing assignment found its way into the hands of Paul Gallotta of Circus Magazine. Gallotta reached out to Barker and asked him to join the staff of 25th Parallel Magazine where he worked alongside the man who would later become Marilyn Manson. Assignments dropped him into the center of pop culture and by 1991 Barker branched out, interviewing celebrities for the likes of Seventeen, TeenBeat, and other national and local publications. In 1992, Barker syndicated a small newspaper column called Revealed which centered around the investigation of haunted places and supernatural occurrences. While he often cites these early endeavors as a crash course in tightening prose, his heart remained with fiction. He began work as a book doctor and ghostwriter shortly thereafter, helping others fine tune their writing for publication. Barker has said this experience proved invaluable, teaching him what works and what doesn’t in today’s popular fiction. He would continue in this profession until 2012 when he wrote a novel of his own, titled Forsaken.

Barker’s indie success drew the attention of traditional agents and publishers and in early 2016 his debut thriller, The Fourth Monkey, sold in a series of pre-empts and auctions worldwide with Houghton Mifflin Harcourt set to publish in the U.S. and HarperCollins in the UK. The book has also sold for both film and television.

Barker splits his time between Englewood, FL, and Pittsburgh, PA, with his wife, Dayna.

That’s the Four Monkey Killer or ‘4MK’. A murderer with a twisted vision and absolutely no mercy.

Detective Sam Porter has hunted him for five long years, the recipient of box after box of grisly trinkets carved from the bodies of 4MK’s victims.

Well oh-my-giddy-aunt!  After reading Forsaken ( click HERE for my review) by this author, I became a huge fan and was thrilled to hear that The Fourth Monkey was coming out and hailed as one of THE books to read this summer! They weren’t wrong!

Set in the good ‘ol USA – home of some of the finest fictional serial killers, readers are faced with anger, consequences, the theory of nature vs nuture, loss, righting the wrongs of the past (albeit a distorted version of this), revenge and justice – there was so much more, but I think these calture some of the main themes I came across!

The story-line has a #killerhook from the start and I was immediately pulled into this interesting, mesmerizing and so incredibly twisted plot from the get go! I enjoyed that it was told from both the first person POV in the form of the killer’s diary entries as well as third person POV for the majority of the story.  I also loved the premise of: See No Evil ? Hear No Evil ? Speak No Evil ? and finally DO No Evil ….I have no monkey for that!  This distorted view of making someone pay for the consequences of their actions….genius!

Characterisation is certainly a strong point of this author and one of my faves in this story was Sam Porter, the main character.  Clever, witty and somewhat tragic – Detective Porter has been on the hunt for 4MK for five, long years and just about has him in his grasp when a body is found that blows the whole thing out of the water.  But alongside this, he has a tragedy of his own to deal with and the reader (me!) is left wondering whether Porter will be able to focus enough to rescue the latest victim!  The clues are there…..can he solve the case and put his demons to rest?

Detective Clair (bear) Norton was awesome! Likeable, believeable and with a great sense of humour, I loved her devotion not only to Porter but also to her team! But for me, it was The Fourth Monkey – the killer- that really stole the show and turned what could have ended up a good crime thriller into what is a great crime thriller! We learn everything we need to know about the killer from a diary that Porter finds – I really have so much I want to say about this but CAN’T as it would spoil the enjoyment for others! What I will say is, this killer is one messed up son of a B!  That is all…..?

This really was a great story!  I think that the comparison between Seven & Silence of the Lambs was accurate but also somewhat distracting as I did find myself making comparisons and noting similarities as I read.  I probably would have drawn the same conclusion had these films not be used, but I would have focused more on the individuality of the book without drawing those conclusions.  I also enjoyed the twists but had figured out some before they had been revealed – probably because I read so many of these kind of books!  Regardless, J.D. Barker is a master of his trade and really can tell a brilliant story!  I cannot wait to see what is next in store fir Sam Porter….

Do I recommend this book? You bet your sweet arse I do!  I am also looking forward to seeing this book on the big screen!  To grab a copy, click the wee book below…and don’t forget to check out the prizes up for grabs via the links at the end of the post!

Who Wants To Win Some Prizes?

A lucky reader can win one of 3 paperback copies of the book: http://jdbarker.com/fourth-monkey-contest-win-draft-copy-upcoming-novel-4mk/

For this prize, someone will win and get the chance to be a character in an upcoming book!: http://jdbarker.com/be-a-character-in-next-book/