I am over the moon to share this interesting, fascinating and enthralling author guest post from DJ Swykert today!  First, let’s find out a bit about the author and his book! 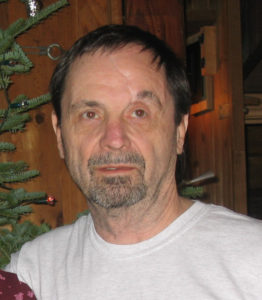 DJ Swykert is a former 911 operator. His work has appeared in The Tampa Review, Detroit News, Coe Review, Monarch Review, the Newer York, Lunch Ticket, Gravel, Zodiac Review, Barbaric Yawp and Bull. His books include Children of the Enemy, Alpha Wolves, Maggie Elizabeth Harrington, The Pool Boy’s Beatitude and The Death of Anyone. You can find him at: www.magicmasterminds.com/djswykert. 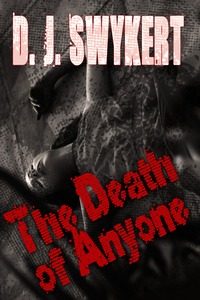 Detroit homicide Detective Bonnie Benham has been transferred from narcotics for using more than arresting and is working the case of a killer of adolescent girls.

CSI collects DNA evidence from the scene of the latest victim, which had not been detected on the other victims. But no suspect turns up in the FBI database. Due to the notoriety of the crimes a task force is put together with Bonnie as the lead detective, and she implores the D.A. to use an as yet unapproved type of a DNA Search in an effort to identify the killer.

Homicide Detective Neil Jensen, with his own history of drug and alcohol problems, understands Bonnie’s frailty and the two detectives become inseparable as they track this killer of children.

You can read the first chapter on the Amazon Link: http://www.amazon.com/Death-Anyone-D-J-Swykert or on the author’s website page: http://www.magicmasterminds.com/djswykert.

The underlying theme in The Death of Anyone, Melange Books, poses the Machiavellian question: Does the end justify the means? Bonnie Benham, the lead detective in my story, has her own answer. But the legality of this question was answered in a real life courtroom in the California trial of a serial killer dubbed by the media: The Grim Sleeper.

Lonnie David Franklin, the Grim Sleeper, was caught because his son’s DNA was the closest match to DNA collected at the crime scenes in the database. Investigating Franklin’s son led them to investigate Lonnie Franklin. But there was no direct DNA evidence that linked Lonnie to the crime scene until they obtained a sample from him after his arrest. Lonnie Franklin is the first person in the U.S. to ever stand trial for murder based on this type of evidence, and its admissibility issues were thoroughly tested by defense attorneys.

Only two states at this time, California and Colorado, have a written policy concerning the use of Familial DNA in an investigation. The admission of Familial DNA, with its potential Fourth Amendment violations, has never been tested in court. The California trial of Lonnie David Franklin will become a landmark case for the future use of Familial DNA Searches by law enforcement agencies nationwide.

Lonnie David Franklin, AKA, The Grim Sleeper, was arrested on July 7, 2010. The Los Angeles District Attorney’s Office charged him with ten counts of murder, one count of attempted murder, and special circumstance allegations of multiple murders in the cases. A grand jury indictment was issued on March 23, 2011. The Grim Sleeper has been resting comfortably in jail since his arrest awaiting trial; the large quantity of evidence in this case, some dating back thirty years, has caused a lengthy pretrial discovery. The trial was originally scheduled to begin the summer of 2014, but was put on hold. It was rescheduled for June 30, 2015, but that didn’t happen. On Monday August 17, 2015, at a pretrial hearing, the trial was rescheduled for October 14, 2015. Finally, in the late spring of 2016, The Grim Sleeper was convicted in May of 2016 and received the death penalty. The death sentence was later upheld by the court in August of 2016. A long appeals process, which might ultimately end up with the Supreme Court, is expected.

I first heard of the technique while working as a 911 operator in 2006. It came up in a conversation with our CSI investigator in the department. I thought at the time it would make an interesting premise for a book. I began writing the mystery some three years later after leaving the department. I had just finished editing a first draft of The Death of Anyone in the summer 2010 when news of The Grim Sleeper’s capture in Los Angeles was released. I read with interest all the information pouring out of L.A. regarding the investigation and the problems confronting prosecutors. All of which are explored in The Death of Anyone.

In my fictional story Detroit Detective Bonnie Benham has been transferred from working undercover in narcotics to homicide and is working the case of a killer of adolescent girls. She is a straight forward investigator who describes herself as a blonde with a badge and a gun. CSI collects DNA evidence from the scene of the latest victim, which had not been detected on the other victims. But no suspect turns up in the FBI database. Due to the notoriety of the crimes a task force is put together with Bonnie as the lead detective, and she implores the D.A. to use an as yet unapproved type of a DNA Search in an effort to identify the killer.

Wow!  I absolutely love that guest post and my thanks goes out to the author for sharing this with us today!  If this has piqued your interest, click the book below and find out how familial DNA is used to solve a crime!