I was thrilled to have been approached by author of Reasonable Force, CT Sullivan to see if I could review his book.  Unfortunately, I am inundated with review requests and a growing TBR which meant I had to say “no” to the review request and instead, asked if he would like to provide a guest post…he did! YAY!  So who is CT Sullivan and what is his book about, you ask? Read on, #bookjunkies….. 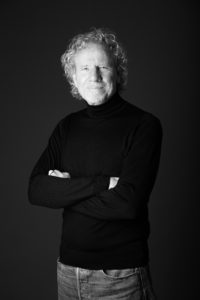 Christopher Sullivan was born in London’s East End amid tough, sharp-witted cockney characters, but was brought up in a Wimbledon council flat from an early age. After a grammar school education he had a long career as a city money-broker. On leaving the city, whilst learning his craft as an author, he worked as a lorry driver, landscape gardener, film extra. He is a singer-songwriter, performs stand-up musical comedy and has written short stories and poems from the age of ten. Loves: music, sport, wife. 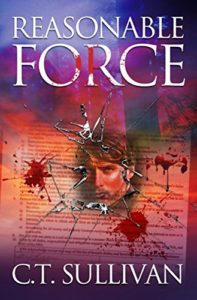 Nick and Mel Summers are a young couple trying to start a family. One night an intruder breaks into their home and Nick, in a panic, accidently kills the man. He confides in his neighbour, police officer Nathan Ballack, who advises getting rid of the body.

​But Ballack has his own dark secrets. Was this a man Nick had any right to trust?

​Nick’s nightmare has just begun. A sinister blanket of greed and corruption descends over the Summers’ house, pushing the couple’s sanity to the very edge.

​‘Strewn with unexpected twists and turns, Reasonable Force is a frightening, observational tale about the moral dilemma that faces anyone who comes face to face with an intruder in their home, and what actually constitutes reasonable force.’ How far would you go to protect your family and property?’

The family Christmas day at my uncle’s house plays clear in my brain. Full of excitement, I burst into a room where my father and his other male relatives are talking. Immediate silence. Every face wears an expression of guilt. I realise now they were probably telling stories not fit for the ears of a nine-year-old. At the time I thought they were discussing the secret whereabouts of my mother.

​Nine months earlier, my brother and I had been sent to stay with an aunt and uncle after Mum had been taken into hospital. We wallowed in the relative luxury of their semi-detached house, with garden, which was roomier than our two-bedroom council flat.

​When my father arrived a week later he took us into an empty room. He knelt, put his arms around us and issued the following words. ‘God has decided to take your mother to heaven. She passed away last week.’ My thirteen-year-old brother ran upstairs crying. Should I follow him? I stood, cold, disorientated, unsure of what to do. I looked at Dad hoping he’d take back the words but his bloodshot, tear-swollen eyes told me that was not an option.

​The reality of that short statement floated precariously above my head for a frozen moment. My own tears then came out of confusion as much as the hollow feeling of loss. I was a young child but I knew what the word death meant. What I couldn’t have known was how that three-minute passage of time would change the course of my life in such momentous fashion.

​My mother died of a primary brain tumour. She was thirty-four. She passed away on the 11th April, the exact date, forty-nine years earlier, the Titanic sailed from Southampton – the town in which she was born and raised.
​The reason my father decided to tell us of mum’s death after her funeral was to protect us from pain. But, certainly for me, it was the wrong decision. For many years afterwards I never really believed she was dead. I had no proof.

Maybe she had simply packed her belongings and left us. Dad hardly ever mentioned her again, which left me with a sense of mystery bordering on wrong-doing. Her absence felt as if it were a closely guarded secret. I had countless recurring dreams that focused on this theme, which lasted into my early twenties.

​When one parent is taken away, only then does a child begin to appreciate the vital roles both play in their upbringing. My father was the voice of discipline, strength; my mother, the flip-side of that parental coin. Her love was unconditional; soothing the doubts, the scrapes and scratches of fledgling life.

​I couldn’t tell anyone of my fears and insecurities, nobody understood. So, to release these feelings I began to write poems and short stories. At the age of ten I could express my emotions, using the written word, in a far more lucid fashion than through power of speech.

​When my brother got a job at sixteen in a working men’s club I was putting myself to bed at the age of twelve. At times during the evening, the electricity would ‘run out’ throwing the flat into darkness. Stumbling around looking for shillings for the meter initiated a fear of intruders that still creeps into the odd bad dream.

​I wrote Reasonable Force after reading about the plight of farmer, Tony Martin, who shot dead an intruder in his house. I think it may also have been a subconscious journey to confront those childhood fears and frustrations and let them see daylight.

WOW! Thank you CT Sullivan for sharing that with us.  Fancy a read of Reasonable Force? Click the book below and grab at copy….