Let’s find out a little about Angie Smith and the book before I share Claire’s awesome review!! 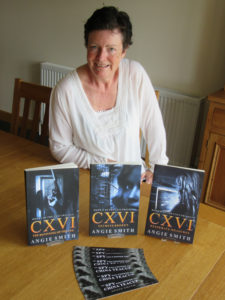 Angie Smith, having recently survived locally advanced breast cancer, discovered that her lifelong desire to write had been rekindled. Consequently, her love for international crime thrillers became the springboard to the creation of the highly acclaimed CXVI Trilogy.

Her passion for travelling to exotic places greatly inspires her work. A recent trip to Southern Africa inspired her fourth novel, The Spy Who Chipped The China Teacup.

Angie, born in 1961, was educated at Huddersfield University where she graduated with a First Class Honours Degree in Education and Training. She was nominated for an award on her knowledge transfer partnerships work, during which she co-produced and presented a journal article at the International Social Work Conference in Durban. 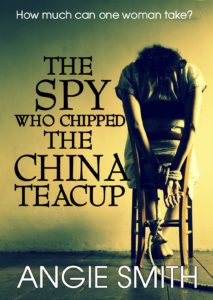 In Africa, Taylor Hudson reaches the stark realisation that she is in imminent danger. Time is nearly up when, out of nowhere, she is thrown a lifeline. Left with little option, she places her trust in a complete stranger. But who is this stranger and why the interest in saving her?

The answers lie 6,000 miles away, deep inside the British Secret Intelligence Service, where a former, disgraced, senior officer is attempting to work his way back into the heart of the organisation. But what are his real intentions?

What ensues is a deadly game of bluff, double-bluff and triple-bluff. Can The China Teacup survive this time?

So I read Angie Smith’s CXVI trilogy which went from police procedural to international spy/crime thriller in the space of three books and I really enjoyed the ride. So when Angie announced she had a new novel, I was intrigued to see what she was offering.

The Spy Who Chipped the China Teacup is in the same vein as where the CXVI trilogy left off, its an international thriller about spies, bad guys and those I’m not so sure of…. Despite the appearance of previous characters, this novel can be read as a standalone. You don’t really need to have read the author’s previous novels – yes it will help for background but not a necessity.

I raise my glass to the author, I know she has spent significant time travelling and researching locations for her books and it has paid off. I was there in Southern Africa in the safari park, the villa, the dirt track “roads”.

The one thing that didn’t quite resonate with me was Taylor’s continued animosity towards Stephany. We all hold grudges, me included but over time I’d expect someone to draw a line under the ill feeling and move on, even if it’s just to a level of civility. Taylor hasn’t and this causes ructions.

I did like the mysterious character of Shepherd. He intrigued me, what’s his motive, which side of the fence is he on?!?

Many thanks to Sarah Hardy of Bloodhound Books for my e-copy of The Spy Who Chipped the China Teacup and for asking me to be on the blog tour. And as ever, a big squishy hug to Noelle for letting me host this stop!

If this book sounds like your china cup ‘o tea (see what I did there? ?) click the book below and grab a copy!  And keep up with the rest of the tour too! 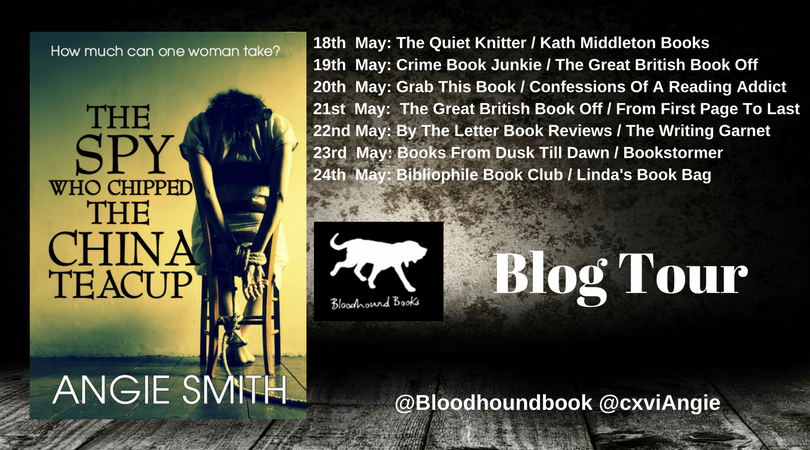