Morning, #bookjunkies!  Today is my stop on Mark Tilbury’s The Revelation Room blog tour!  Thrilled to be sharing Chapter 1 with you, to really whet your whistles!  My thanks to Mr Tilbury, Sarah Hardy and Bloodhound Books!

First a bit about the author and the book…… 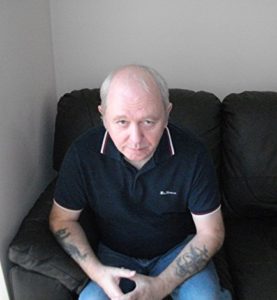 Mark lives in a small village in the lovely county of Cumbria, although his books are set in Oxfordshire where he was born and raised.

After serving in the Royal Navy and raising his two daughters after being widowed, Mark finally took the plunge and self-published two books on Amazon, The Revelation Room and The Eyes of the Accused.

He’s always had a keen interest in writing, and is extremely proud to have his third novel, The Abattoir of Dreams, published, and The Revelation Room and The Eyes of the Accused re-launched, by Bloodhound Books.

When he’s not writing, Mark can be found trying and failing to master blues guitar,
and taking walks around the beautiful county of Cumbria. 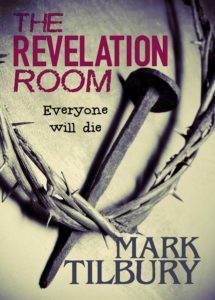 Ben Whittle’s father, a private investigator, has been taken captive by a cult whilst investigating the case of a missing girl. When Ben receives a desperate call from his father asking for help he is drawn into a dark underground world.

As Ben retraces the last known steps of the missing girl he discovers his only option left is to join the cult and rescue his father from the inside.

The leader of the cult, Edward Ebb, is a psychopathic egocentric who uses his position to control his small group of followers in The Sons and Daughters of Salvation. When he initiates Ben into the group it soon becomes apparent how sick and twisted Ebb is.

Ben must find his father and the missing girl, but the odds are stacked against him and time is running out.

Can Ben rescue his father and the girl and escape with his life?
And what is the gruesome secret concealed in the Revelation Room?

The Revelation Room is the first in a new series of psychological mystery thrillers.

CHAPTER ONE: The Revelation Room

Wow! I am definitely bumping this up my TBR!  Sounds fantastic!  Click the wee book below to grab yourselves a copy of The Revelation Room!