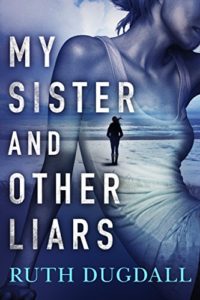 Sam is seventeen, starving herself and longing for oblivion. Her sister, Jena, is mentally scarred and desperate to remember. Between them, they share secrets too terrible to recall.

Eighteen months earlier, Sam was still full of hope: hope that she could piece together Jena’s fragmented memory after the vicious attack that changed their family forever. But digging into the past unearthed long-hidden lies and betrayals, and left Sam feeling helpless and alone in a world designed to deceive her.

Now, in a last bid to save her from self-imposed shutdown, Sam’s therapist is helping her confront her memories. But the road to recovery is a dangerous one. Because Sam has not only been lying to her doctors: she’s been hiding dark secrets from herself.

Once in awhile you come across a gem of a read that you just know will stay with you.  This book is one of those reads and even though weeks have passed since I finished this book, well OMFG – I cannot stop thinking about it!!  Now THAT is what turns a great read, a bloody AWESOME read!!

This book is mainly set within the walls of Bartlett Hospital with flashbacks that take us back to Ipswich. The reader comes across several themes, including eating disorders, despair, (lack of) control, survival – both in the physical and emotional sense, trauma, secrets, betrayal and a search for the truth.  There are some uncomfortable subject matters, but the author handles them with sensitivity as well as transparency so the reader feels the true impact of what is happening within the pages.

For me, the plot was definitely fast paced as I found myself wanting to spend every spare minute reading this book!  I raced through it as the story unfolded!  At the start, I had no clue where the story was going, but I was most certainly hooked! It was as if the reader is drawn down one path, only to be swiftly turned and lead down another.  Absolutely superb!!  This was also a highly emotive read.  Triggering various emotions as each new aspect was handed to the reader – I was angry, curious, heartbroken, sad – jaysus, it was a whirlwind, I didn’t know whether I was coming or going…in a good way!!

Now for my favourite part: Characters!!  This book was rich with characters, each of whom brought something to the story and moved it forward.  I will only mention a few, as you really need to read them in the context of the story to understand their greatness and what they brought to the table!  Sam Hoolihan was fascinating!  She is the main character and the majority of the story is told from/through her perspective- whether in real time or flashbacks.  On the exterior, she is sassy, strong, determined and clever- but inside she is struggling, very vulnerable and emotionally broken.  She tries to gain control through her eating disorder – the only thing she feels she has total control over, and as a patient in Bartlett Hospital, we learn pieces of her trauma through the therapy she undergoes.  She is one of those characters who niggles at you.  At first, her bold, brash nature annoyed me- but once the layers are removed, she is a hero who we want to see win!

Sam’s sister, Jena and her parents have also suffered trauma- as Jena had been attacked and Sam had tried to piece together that mystery before she had been hospitalised.  What we learn about them as a family, come from flashbacks Sam has as she had buried these thoughts as a coping mechanism.  Sam’s mother is overly protective but weak in my opinion.  Her father is just….odd.  I did not take to either parents.  Jena was an interesting character who started off as one thing, but ended up being something else altogether.  I can’t say anymore about this without giving away spoilers…so I won’t.

The Campbell’s: Sonia, Douglas and Rob – what a total mess this lot were!  Well Rob (the son) wasn’t so much, and he and Sam end up as each other’s emotional crutch.  There were plenty of OMFG moments with this bunch, I bloody loved it!

Clive- Head of Bartlett hospital, reveals a whole HEAP of interesting OMFG moments throughout this book as he counsels Sam in an effort to help her piece together the puzzle.  At first I thought he was a pompous and slightly uncaring arse, if I am honest.  But as he pushes Sam, and we learn more about her stay in Bartlett – Jeez!!  It totally blew me away as it was NOT what I expected at all.

I actually don’t think my review gives this book the justice it deserves.  There is SO much I want to say, but to do so, would reveal some of the most interesting and fascinating twists that I did not see coming at all.  And I don’t like giving spoilers, so all I can say is TRUST ME – you NEED to read this book!  It is not often that I am completely caught off guard, and although aspects of the story, I had figured out- it wasn’t the full story and then the mind blowing metaphorical smack in the face when the revelations were unveiled in all their glory well WOW! WOW! WOW!

Although I have Ruth Dougdall’s other books on my TBR, this was the first book I have read by this author and most certainly will not be the last!  Great chracterisation, a tight but complex and uncomfortable storyline and the sheer adrenaline rush when the twist were thrown at me from all angles, means I am most certainly HOOKED.  Of course this stand-alone novel gets a HELL YEAH recommendation from me and will also sit nicely on my #TopReadsOf2017 list!  I urge you to click the book below and grab yourself a copy – don’t let me tell you what it is about, experience it for yourself!! You will not be disappointed!

One Reply to “My Sister and Other Liars: *Review*” 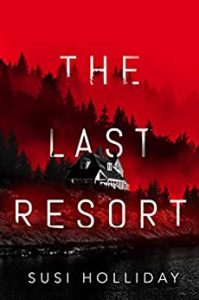