Woohoo!  Thrilled to have a fabulous Author Guest Post from J.A. Schneider for my stop on the Watching You blog tour! I won’t bore you with my blabbing, instead grab a cuppa and have a read – it’s my favourite topic…Characters!

Do you love your characters? By J.A. Schneider

If you don’t love your characters, all of them, you’re done. The book will be a weary slog, and the reader will find it boring.

That includes every character, from the protagonist to the mysterious or the downright awful. On many levels it’s the characters we dislike or suspect that propel the drama; the word drama means conflict. What would Peter Pan be without Captain Hook?

Draft after draft, I try to go deeper into each character. Every gesture and utterance should help to make them come alive, even if they try to dissimulate. That involves a lot of Chekhov’s rule about “Don’t tell; show.” Picture a scene where one character enters a room, upset, telling a second character that something sad has befallen someone they know. And the second character just says, “Oh?”

One word, and we know that that character is shallow, uncaring. Maybe worse.

Dialogue helps enormously. It reveals not just character, but also how that person relates to others. In writing Watching You, I loved creating colorful, highly intuitive NYPD Detective Kerri Blasco. Kerri has her pain and demons but she deals with them – days, anyway – showing courage in battling her superiors when necessary, and then, wise-cracking or showing sympathy, just being a regular person with her share of minor bad habits. (Her purse is usually stuffed with candy and hurriedly ripped off candy wrappers.) She also loves her partner, Sergeant Alex Brand, who is also her boss, but she has no problem giving him a hard time when she feels charged with conviction. I enjoy portraying the interaction between these two.

For example, in the following scene, Kerri and Alex are exhausted; also frustrated (Kerri is losing-it-frustrated) that the only physical evidence found so far by Forensics and the morgue is…chalk.
– – – – – – – – –
I’m spinning, Kerri thought, flopping back in her chair. Going around in crazed emotional circles.
Alex, the dogged, methodical one, reached across (nooo!) another file he’d skimmed.
“Apparently there are different kinds of chalk,” he said wearily. “Take a look. There’s standard blackboard chalk, tailor’s chalk, engineer’s chalk, road marking chalk, liquid chalk pens…”
Don’t laugh, don’t laugh, don’t…
It was like being tied down for that scene in Forest Gump, with Bubba listing a million shrimp recipes. Alex had a gift for the tedious stuff that Kerri hated…but also knew was important.
“It’s not penetrating.” She waved a protesting hand. “Brains are fried. Bed, bed.”
He nodded, flung aside the damned chalk report. “My place?”
“No,” she exhaled. “I gotta check on Gummy.” Gummy was her tabby cat. “I also don’t want to talk, not to anyone. That includes you.”
He leaned closer. “You’ll cry. You’re upset.”
“True, but I promise not to shoot myself.”
He got up and took the chair by her desk. “Hey,” he said softly. “This thing has been horrendous. Plus you’re blitzed. I promise I won’t make you talk.”
No dice. Kerri wanted a good cry. She’d done it enough with him, and was tired of embarrassing herself.
“I really do want to check on Gummy,” she insisted. “Animals get depressed too from being alone, studies have shown-”
“Okay, okay.” He checked his watch. “It’s twelve-ten now. With traffic at this hour it’ll take you fifteen minutes to get up there, five minutes to park, that’ll make it twelve thirty…”
“I’ll text you when I’m in.” Kerri understood, didn’t mind that Alex sometimes got overprotective. It was his way of showing his caring, and she hadn’t had that in her life.
She made herself smile. “Hey,” she whispered. “I do love you. I just need this night, okay?”
He made an unhappy face. “I hate sleeping alone.”
“I’ll make it up to you, promise.”
– – – – – – – – –
Inner monologue is also important. Like voyeurs, we get to read a character’s thoughts, and what better way to make him or her real? Make us want to identify with him or her?

Dialogue, inner monologue, and action: the three elements that can make your characters come alive to the reader – but to achieve that, they must first feel fascinating to you, the author. Try your hardest to pull that off, and you’ve got a book that will stay in readers’ minds long after they’ve finished it. 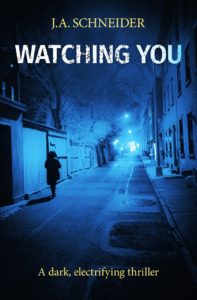 A serial killer texts his victims first. A detective vows revenge. He comes after her.

In the chill of an October night, Detective Kerri Blasco is called to a bizarre murder scene. Leda Winfield, a young volunteer for the homeless, has been shot. Her cell phone displays the frightening text, WATCHING YOU, and into her back, hideously pushed with a hat pin, is a note with the same awful message. Leda’s socialite family and friends insist that no one would have wanted to harm her, but Kerri isn’t convinced.

Until another random young woman is killed in the same way. Kerri and her team profile a monstrous killer who enjoys terrifying his victims before stalking and killing them. But how does he get their phone numbers?

Kerri soon finds that the killer is after her, too, and that the key to finding him may just be in the homeless shelter. When the body count rises, she vows to stop the madman – even if it means battling her own personal trauma, risking her job, her love relationship with her boss Alex Brand, and her life.
Watching You is available here: http://getBook.at/watchingyou 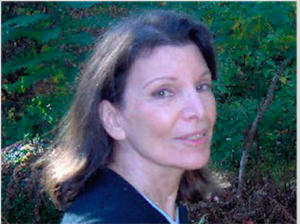 J.A. (Joyce Anne) Schneider is a former staffer at Newsweek Magazine, a wife, mom, and reading addict. She loves thrillers…which may seem odd, since she was once a major in French Literature – wonderful but sometimes heavy stuff. Now, for years, she has become increasingly fascinated with medicine, forensic science, and police procedure. She lives with her family in Connecticut, USA.

Thank you so much for stopping by my blog today, J.A. Schneider!  Make sure to keep an eye on all the stops, #bookjunkies! 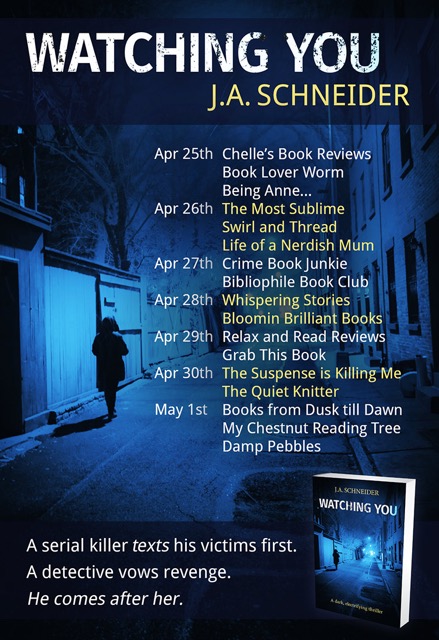