Although I am yet to read a book from this author, my enthusiam to be on this blog tour is immense as I HAVE the books, I just need the time! As I read all the blurbs and reviews from others, it just makes me want to read #AllTheBooks by Malcolm Hollingdrake!  Today I have a brilliant Author Guest post from the fantabulous Malcolm Hollingdrake for my stop on the Game Point blog tour – Woohoo! A bit about the book and the author first though: 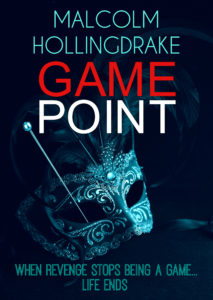 DCI Bennett faces the most harrowing case of his career. A psychopath, who escaped capture, is hell bent on revenge and executes a series of events that will not only impact on Bennett physically, but will have emotional and professional consequences.

A body is found with its fingers amputated, then an investigative journalist, embroiled in the pornography and drugs scene, is murdered.

Bennett’s team is faced with some baffling evidence. Hatpins and bicycle spokes become pivotal to the inquiry but the police struggle to connect the evidence.

It is only when a Detective Sergeant from the team is kidnapped that Bennett realises that he is the true target.

Can Bennett solve the case before it’s too late? How many people will he lose in the process? 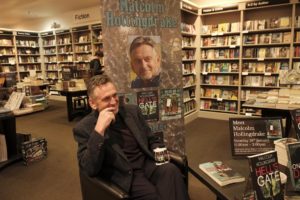 You could say that the writing was clearly written on the wall for anyone born in a library that they might aspire to be an author but to get to that point Malcolm Hollingdrake has travelled a circuitous route.
Malcolm worked in education for many years, even teaching for a period in Cairo before he started writing, a challenge he had longed to tackle for more years than he cares to remember.

Malcolm has written a number of successful short stories and has four books now available. Presently he is concentrating on a series of crime novels set in Harrogate, North Yorkshire.

Born in Bradford and spending three years in Ripon, Malcolm has never lost his love for his home county, a passion that is reflected in the settings for all three novels.

Malcolm has enjoyed many hobbies including collecting works by Northern artists; the art auctions offer a degree of excitement when both buying and certainly when selling. It’s a hobby he has bestowed on DCI Cyril Bennett, the main character in his latest novel.

How To Connect with Malcolm Hollingdrake on Social Media

I was born in Eccleshill, Bradford, in a library of all places and that fact had little bearing on my life until after my fiftieth birthday when I concentrated on my first novel. My parents lived above the library but I don’t remember living there as we moved just a few hundred yards up the road before my first birthday, to a terraced house with an outside toilet on a street that had a solitary gas light! The fifties! Great times.
​I attended Wellington Road Primary School and then Undercliffe Middle School followed by Carlton Grammar. Education was fine but that’s all it was, something to be endured. I preferred the arts to the sciences, found English exciting but struggled with spelling and so trying to learn French was one step too far…it was literally a foreign language! Trying to teach me the past participle of the verb in French when I had no idea what the past participle was seemed a waste of time! I spent the lessons sitting on the large windowsill staring out at the trains shunting in the valley below, that way the teacher didn’t bother me and I didn’t disrupt the class. We had this mutual understanding, an entente cordiale. Strangely, she used to thank me at the end of each lesson and I thanked her, in French! I was rewarded with a CSE Grade 5, I believe because I wrote my name on the top of the exam and got the date correct!!
​The one thing I excelled at was swimming. Goodness, most of my free time was spent training for one club or another and I represented school and town.
​At the age of seven, my mother, for some unknown reason, wanted my brother and me to lose our Yorkshire accents and we were enrolled for private elocution lessons. Surprisingly, progressing through the grades, I quickly came to enjoy the reading, learning and recitation of poems. It helped having a wonderful teacher, Mrs Smith. I even continued with the lessons after qualifying from teacher training college, achieving an ALCM from the London College of Music in Speech and Drama.
​I believe that process was the catalyst for an appreciation of the written and spoken word and from my earliest times as a teacher, I tried to bring that enthusiasm to my students. I knew the fear and anxieties, the pressures that might often be placed on individuals who had specific weaknesses and I tried to ensure that they were supported rather than traumatised. If you were a poor reader, being asked to read to a class was a gut-wrenching nightmare, the same if you couldn’t spell; being asked to be a scribe for a group was enough to turn your tummy!
​ So what’s all this got to do with Malcolm the author? ‘Give me the child until he is seven and I’ll show you the man’. All of life’s experiences are crafted within the stories that I write. The characters are honed from the personalities who have helped form my life, the good, the bad and the indifferent. For me, life’s experiences are the materials I use to paint the intricate detail of each and every story. I weave, paint and mould them into the text and therefore the mental imagery. Yes, it’s fiction, mere stories that we construct to entertain, but that fictitious world is wrought from real life experiences.
​Someone asked me if I could have written the Bennett series earlier in my career. Possibly I could, but whether or not I’d have had the life skills and experiences I don’t know. One thing for certain is that I now have the time and resources to dedicate myself full time to crafting the best stories that I can.
​At sixty-four, I’m loving my writing and this second career and for that I have the readers, the bloggers, reviewers and Bloodhound Books to thank.
​I’m thrilled that people have taken to my main characters, Cyril Bennett and David Owen. It has become an absolute pleasure making them as real as possible.

Before I leave you I must tell you of a salutary lesson that I have recently learned. I received a personal message from a reader:

​I was thoroughly enjoying ‘Only The Dead’ but you ruined it for me. A character observed in the story that the lights at Media City, Salford were ‘pretentious’… I designed them!

​We never stop learning and I certainly never stop trying to be the best that I can be. Thank you for reading and thank you for supporting my Bennett books.
​I was delighted to be voted Crime Writer for February in the poll on UK Crime Book Club and Crime Fiction Addict. Thank you very much. It means a great deal to me. I have also been nominated for a Crime Writers’ Association, Dagger award for ‘Hell’s Gate’.

Thanks so much, Malcolm for joining me on CrimeBookJunkie with this amazing guest post! And to Sarah Hardy & Bloodhound Books for asking me to take part!  Follow the rest of the tour and keep up with the reviews, #bookjunkies! 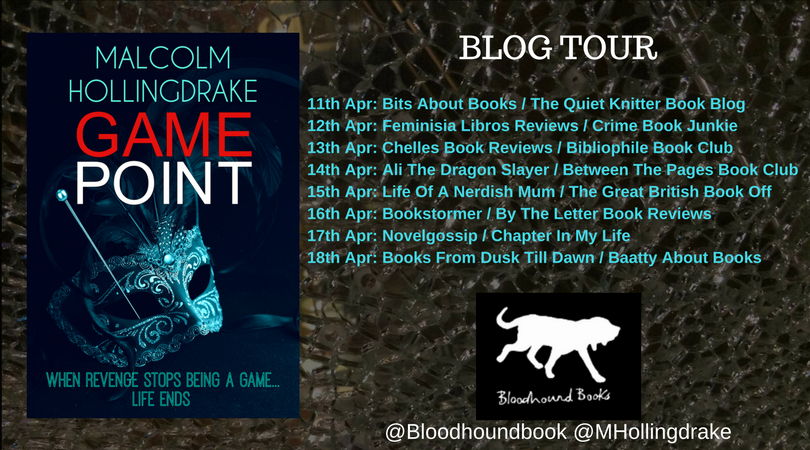