I am absolutely thrilled to bits to be featuring Prof. David Wilson as my #PartnerInCrime today on CrimeBookJunkie!  And I want to give a huge shout out to Caoihme at Endeavour Press for contacting me to take part in getting the word out about The Rules of Restraint.  I am trying to contain my excitement, but who am I kidding….EEEEEEEK!  Can you believe it!? This is a massive #FanGirl moment for me!!   In case any of you don’t know why I am so excited, see below for a little bit about Professor Wilson — #SerialKillerExpert – need I say more!  Make sure to read the whole post as I also  have Chapter 1 from his debut crime thriller! Woohoo!!! 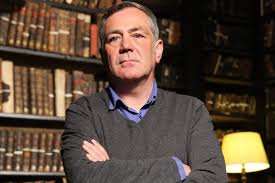 David Wilson is a Professor of Criminology at Birmingham City University. A former prison governor, he is a noted criminologist and expert on serial killers through his work with various British police forces, academic publications and books. David has advised on live police investigations related to a linked series of murders and has provided training to new Senior Investigating Officers who will take charge of murder inquiries. His current research interests range from the phenomenon of British serial murder, family annihilation, hitmen and lethal violence within organised crime, to all aspects of prison history and penal reform. David currently lives in Buckinghamshire with his wife, Anne, and their two children, Hugo and Fleur.

The Rules Of Restraint -Chapter One 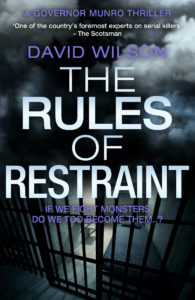 ————————————————-
OMFG!  I don’t know about you, but I am totally hooked! I MUST have this book!  A massive thanks to Prof. Wilson for sharing a wee taster with us readers! The Rules of Restraint is out December 19th and you can pre order a copy via the link below!