Woohoo!  Over the moon to be a part of this blog tour – especially after the GIF cover reveal I took part in a few months back! Have a look at that here. Today I am especially thrilled to have a Q&A with Margaret Murphy and Helen Pepper ….otherwise known as A.D. Garrett! 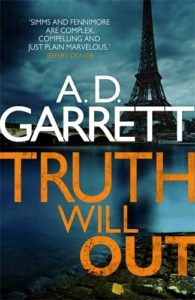 A mother and daughter are snatched on their drive home from a cinema. The crime has a number of chilling similarities to a cold case Professor Nick Fennimore had been lecturing on. Then Fennimore begins receiving taunting messages – is he being targeted by the kidnapper?

Meanwhile, a photograph emailed from Paris could bring Fennimore closer to discovering the fate of Suzie, his own daughter, now missing for six years. He seeks help from his old friend, DCI Kate Simms, recently returned from the US. But Kate is soon blocked from the investigation… A mother and child’s lives hang in the balance as Fennimore and Simms try to break through police bureaucracy to identify their abductor.

How amazing does that sound, #bookjunkies!!??  Right…let’s get down to business!  A huge thanks to Margaret Murphy and Helen Pepper for this most awesome interview! 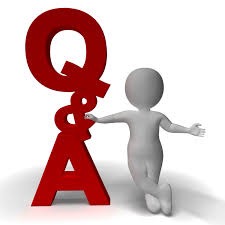 1. AD Garrett is a pseudonym – you’re actually two writers, Margaret Murphy and Helen Pepper. How do you work together, and what’s the process for getting the ideas in your head out onto paper?
HP: Margaret starts off with a synopsis, which she sends to me for comments and suggestions. Where there are forensic processes involved we talk through them so that Margaret can be accurate in the way she describes them – although Margaret’s a trained scientist herself, so it’s not so much the science that needs explaining as the mundane practical process that you go through as a CSI. As the writing progresses drafts go backwards and forwards, refining the work and adding new ideas.

2. What strengths do you think each of you bring to the writing of the book?
HP: Margaret is a superb writer, with an imagination that can find ideas in some very dark places. I have an awful lot of experience working as a CSI and forensic scientist, so hopefully I can add authenticity.
MM: Helen is very kind, and she’s absolutely right about those dark places in my mind, but time and again, reviewers of the Fennimore & SImms books emphasise their forensic authenticity. That’s down to Helen’s input: her expertise and enormous experience in the field of forensics, as well as her generosity in sharing her insights.

3. Truth Will Out is the third book in this series – is it your favourite? Why/why not?
HP: I think this is the best book yet, because it explores the characters’ backstory. It’s also fast paced with lots of twists and turns. Every time Margaret sent me a section to read I was dying for the next instalment – even though I knew the plot before she started writing!
MM: Truth Will Out confronts two very important elements of backstory in the Fennimore & Simms series – Fennimore’s missing daughter and Josh Brown’s murky past, and I am pleased (and a proud, if I’m allowed a tiny boast) that I managed to work those emotionally charged scenes into the main storyline. Questions are answered, perhaps not always in the way that we would have wished, but I hope in a satisfying way for readers. Is it my favourite? The latest novel is always my favourite – it’s my new baby! That said, I always find fault with my work – it’s never good enough, and reading it at events in the next few months, I expect I’ll find a lot I would change if I had the chance. Objectivity only comes after several years, so maybe you should ask me again in, say, 2020, when Truth Will Out will seem like a novel written by someone I once vaguely knew.

4. Are any of your characters based on people you know or have encountered in real life?
MM: It’s impossible not to be influenced by the people we meet, or see TV, or read about in non-fiction. Writers are magpies, taking elements of character, snippets of dialogue, unusual or striking features of people, places and things, and fictionalizing them, but the result is a composite – something our readers will recognise in people they know, or can identify with, but they should never be the book equivalent of Spitting Image puppets (caricatures in miniature!). For me, it’s a mistake to consciously and substantially base characters on real people – a failure of imagination.

5. Truth Will Out deals with some difficult themes – missing children and abduction. How do you deal with writing about such emotive and sometimes distressing topics?
MM: Researching missing kids in the US midwest in 2012, I met former St Louis detective, Joe Burgoon. After retirement Joe, who is referred to with great affection and respect by colleagues as ‘The Godfather of Homicide’ , volunteered his time and expertise as a ‘Team Adam’ and National Centre for Missing and Exploited Children consultant which helps find missing kids, as well as supporting the families through their traumatic experience. Joe and hundreds of others like him helped in the aftermath of Hurricane Katrina to unite every misplaced or lost child with their families. Here in the UK, the Missing Kids site says a child is reported missing every 3 minutes. In writing about such a difficult subject, I believe the important thing is to write with compassion and understanding. Fennimore’s obsession with finding out what happened to his daughter is a tiny window into the misery experienced by too many families every year. One child every three minutes – that’s 20 children an hour, 480 a day, over 14 500 a month and around 175 000 children a year. The scale is colossal. And the terror of losing a child, the awful gut-wrenching fear and the sorrow that follows, tormenting those families, sometimes throughout their own lives, must be almost unbearable. So, given opportunities like this, I try to promote the work of organisations that families can turn to at these times of dreadful crisis.

6. What’s next for Nick and Kate?
MM: We’ve been working with production company, Kindle Entertainment, on a TV adaptation of the series, and in the last year we’ve come up with 4 continuing story ideas for Fennimore & Simms, as well as a prequel. So there’s plenty going on with Kate and Nick – well, we couldn’t leave them when their personal lives just got really interesting, could we? But they’ve had it tough these last few years, so we’re giving them a bit of time to catch their breath, and we’ll take that opportunity to introduce a new crime duo to readers in 2017.

WOW!  Exciting things ahead for A.D. Garrett!  Truth Will Out is available now, so click the link and grab a copy! Woohoo!