Well OMFG #bookjunkies!!  On Thursday October 6th I was lucky enough to attend Graham Smith’s double book-signing event for I Know Your Secret and Matching The Evidence! 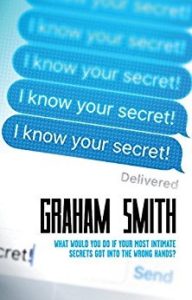 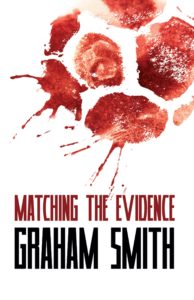 Eeeeeeek! I have been a HUGE fan of Graham Smith’s since the publication of his debut novel Snatched From Home but had never had the opportunity to attend an event where he was the “man of the hour” – it was brilliant! There was a nice crowd of #BookishPeeps in attendance to show their support and ask the author questions about his latest novel / novella. I was thrilled to see Jo Evans ( Life of Cri.me) and her other half, Scott!  But as usual, I did not have enough time to speak with everyone for long…. 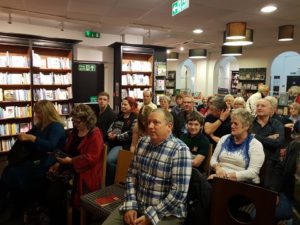 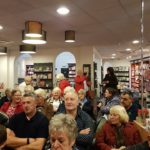 The awesome Matt Hilton – author of the Joe Hunter action crime thriller series (and MANY other books, may I add) was hosting the event and putting Mr Smith in the hot-seat by asking him questions about both books and writing in general.  Matt and Graham bounced off each other seamlessly and the evening was full of informative questions and answers as well as a lot of laughs! 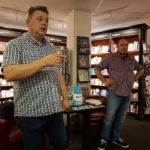 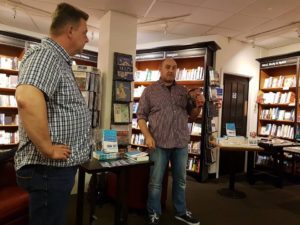 *Semi Spoiler Alert* I think that one of my favourite parts of the evening had to be when Mr Smith brought out a prop of one of the weapons used in I Know Your Secret – a HILTI gun.  I won’t go into too much detail as I think you need to read the book – and by that, I mean: BUY THIS BOOK to grasp the full significance, but the explanation and use was fascinating – how the hell do you think of these thing Mr Smith! 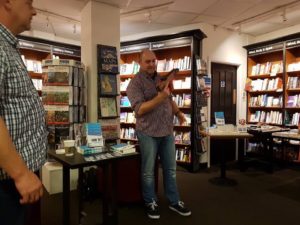 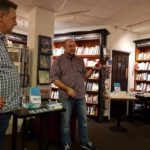 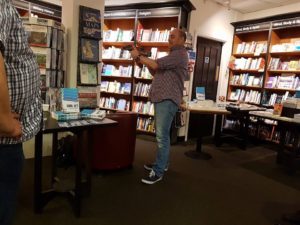 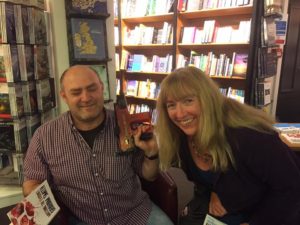 What I also loved about this event, was the fact that fellow authors and writers came out to show support to Mr Smith and I had the opportunity to chat/meet with them too!  Col Bury, Mike Craven, Jackie Baldwin, Tess Makovesky and the Solla Writing Group to name a few!  I may have bagged a signed copy of Raise The Blade from Tess Makovesky as well! #NeverMissAnOpportunity! 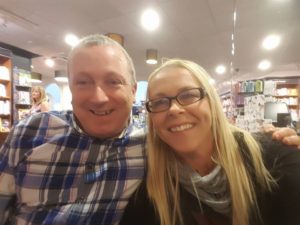 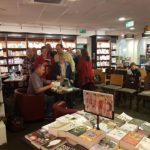 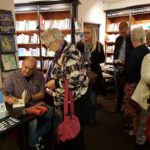 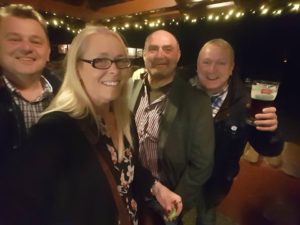 The celebrations then continued at the hotel where Mr Smith is the General Manager: The Mill Forge in the beautiful Gretna Green and a good time was had by all!  This is where Mr Smith holds the Crime & Publishment writing course as well! #JustSaying!!  I won’t go into too much detail, however I will say that I learned a lot about the writing process, the Publishing industry and the importance that these fabulous authors place on readers, reviewers and bloggers.  I had THE BEST TIME and suggest that when/if the opportunity arises, you get yourselves down to these launches, signing and bookish events and show your support! I simply adore Mr Smith’s writing and happily fly the flag of #TheLeaderOfHisCheer – I still get a massive thrill from seeing my name in the acknowledgements!  Thank you SO much Graham!! 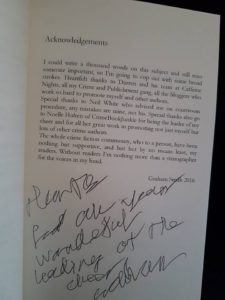 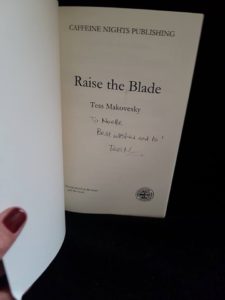 In the meantime….grab a copy of Mr Smith’s latest offering to the literary world by clicking the links below!  I LOVED them and the blog tour that is currently on (and can be followed on my CrimeBookJunkie FB page) says that I am NOT the only one! Woohoo!