I am absolutely thrilled to bits to be taking part in Ragnar Jonasson’s Blackout Blog Tour.  A mahoosive *thanks* to the lovely Karen Sullivan of Orenda Books and the most awesome Liz Barnsley — who I think is my blogging #GuardianAngel! ~Love you Liz!!

I am dead excited to be able to share with you all the **first chapter** of Black Out — and make sure you read until they very end….as I have a pretty kickass Giveaway at the end! EEEEEK!!!

So without further ado, I give you…..BlackOut: 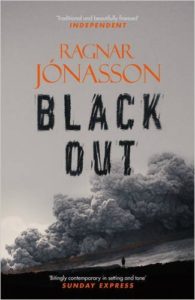 On the shores of a tranquil fjord in Northern Iceland, a man is brutally beaten to death on a bright summer’s night. As the 24-hour light of the arctic summer is transformed into darkness by an ash cloud from a recent volcanic eruption, a young reporter leaves Reykajvik to investigate on her own, unaware that an innocent person’s life hangs in the balance. Ari Thór Arason and his colleagues on the tiny police force in Siglufjörður struggle with an increasingly perplexing case, while their own serious personal problems push them to the limit. What secrets does the dead man harbour, and what is the young reporter hiding? As silent, unspoken horrors from the past threaten them all, and the darkness deepens, it’s a race against time to find the killer before someone else dies… Dark, terrifying and complex, Blackout is an exceptional, atmospheric thriller from one of Iceland’s finest crime writers.

If for nothing else, he had come to Iceland to avoid that kind of question.

The day began well, as the fine June morning dawned. Not that there was any clear difference between morning and evening at this time of year, when the sun stayed bright around the clock, casting blinding light wherever he looked.

Evan Fein had long anticipated visiting this island at the edge of the habitable world. And now here this Ohio art history student was, on his first visit to Iceland. Nature had pooled its energies, as if to add to the woes of the financial crash, by presenting Icelanders with two volcanic eruptions, one right after the other. The volcanic activity appeared to have subsided for the moment though, and Evan had just missed the events.

He had already spent a few days in Iceland, starting by taking in the sights of Reykjavík and the tourist spots around the city. Then he hired a car and set off for the north. After a night at a campsite at Blönduós, he had made an early start, setting out for Skagafjörður. He had purchased a CD of old-fashioned Icelandic ballads and now slotted it into the car’s player, enjoying the music without understanding a word of the lyrics, proud to be something of a travel nerd, immersing himself in the culture of the countries he visited.

He took the winding Thverárfjall road, turning off before he got as far as the town of Sauðarkrókur on the far side of the peninsula. He wanted to take a look at Grettir’s Pool, the ancient stone-flagged hot bath that he knew had to be somewhere nearby, not far from the shore.

It was a slow drive along the rutted track to the pool, and he wondered if trying to find it was a waste of time. But the thought of relaxing for a while in the steaming water and taking in both the beauty of his surroundings and the tranquillity of the morning was a tempting one. He drove at a snail’s pace, lambs scattering from the sides of the road as he passed, but the pool stubbornly refused to be found. Evan started to wonder if he had missed the turning, and slowed down at every farm gate, trying to work out if the entrance to the pool might be hidden away – across a farmer’s land, or down a side turning, a country lane. Had he driven too far?

Finally he saw a handsome house, which, on closer inspection, looked to be half built. It stood not far from the road with a small grey van parked in front of it. Evan pulled his car to the side of the road and stopped. And then started with surprise.

The van driver, the house’s owner, perhaps, was lying on the ground near the house. Unmoving. Unconscious? Evan unbuckled his seatbelt and opened his door without even turning off the engine. The age-old ballads continued to crackle from the car’s tinny speakers, making the scene seem almost surreal.

Evan started to run, but then slowed as the whole scene came into view.

The man was dead. There was no doubt about that. It had to be a man lying there, judging by the build and the cropped hair. There was no chance of identifying the face, though. It was erased by a spatter of blood.

Where there had once been an eye, there was now an empty socket.

Evan gasped for air and stared numbly at the corpse in front of him, fumbling for his phone, the incongruous sound of his Icelandic ballads in the background.

He turned quickly, checking that the man’s assailant wasn’t behind him.

Nothing. Apart from the dead man, Evan was alone.

Next to the body was a length of timber, smeared with blood. The weapon?

Evan retched as he tried to stifle the thoughts that flooded his mind.

He sat down in the pasture in front of the house, and punched out the emergency number on his phone, wishing fervently that he had picked another destination for his holiday.

Iceland is one of the safest places on earth, the travel guide had said. Evan’s eyes darted around, taking in the warm summer sun casting her glow across the verdant fields, the stunning mountains hovering in the distance, the glint of her rays on the bright-blue waters of the outlying fjord and its magnificent islands.

Not anymore, he thought, as the operator was connected.

OMFG!  How good was that #Bookjunkies?!?  and how would you like a chance to win a copy of Snow Blind and Night Blind!?  I have TWO sets to giveaway – so two lucky winners! To be in with a chance to win, just comment below!  Easy peasy!

Good Luck everyone! Competition closes Friday at 5pm and winners will be randomly chosen! 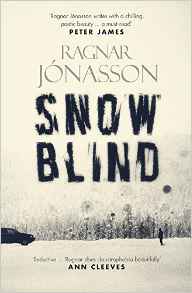 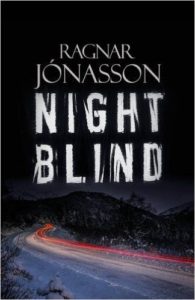