Eeeeeeek!!  I am absolutely thrilled to have Steven Dunne…yes THE Steven Dunne…as my Partner In Crime today on CrimeBookJunkie! And you are in for an awesome treat #Bookjunkies!  So sit back, relax with the beverage of your choice and enjoy the FULL Chapter 1 of Mr Dunne’s latest, kickass novel: Death Do Us Part !  You can read the full synopsis and my 5⭐️ review HERE. 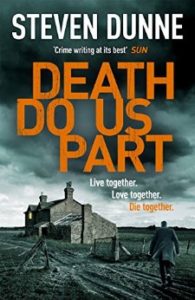 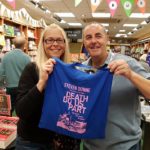 OMFG if that has not made you want to go out and buy this book….what is wrong with you!?  😜 A HUGE thanks to Mr Dunne for being my #PartnerInCrime this month.  I gave Death Do Us Part an easy 5⭐️’s and have purchased some of the previous in the series.  This can be read as a stand-alone, so don’t worry if you are just popping your #DunneCherry!