Absolutely over-the-moon to be taking part in Jackie Baldwin’s Dead Man’s Prayer Blog Tour.  It is high-up on my review-list TBR and I am really looking forward to reading it! Today, Jackie has written an interesting piece on Criminal Responsibility, but first a little bit about this lovely lady and her debut novel! 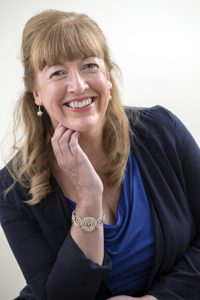 For most of Jackie’s working life she had been a solicitor, specialising in criminal and family law which was enormously stressful at times. She later retrained as a Hypnotherapist. Dead Man’s Prayer is her debut novel.

Ex-priest DI Frank Farrell has returned to his roots in Dumfries, only to be landed with a disturbing murder case. Even worse, Farrell knows the victim: Father Boyd, the man who forced him out of the priesthood fifteen years earlier.
With no leads, Farrell must delve into the old priest’s past, one that is inextricably linked with his own. But his attention is diverted when twin boys go missing. One twin is recovered in an abandoned church, unharmed. But where is his brother?
As Farrell investigates the two cases he can’t help but feel targeted. Is someone playing a sinister game, or is he seeing patterns that don’t exist? Either way, it’s a game Farrell needs to win before he loses his grip on his sanity, or someone else turns up dead.

Guest Author Post: In the future, will there be bespoke punishments for criminals?
Is the concept of criminal responsibility a social contract that has become too rigid for the times that we live in? A blunt instrument that is no longer fit for purpose?
As we enter a new era of enhanced understanding of the human brain as a result of exciting developments in neuroscience and neurobiology, it is becoming clear that there are significant biological differences between the brains of people who commit serious crimes and the brains of those who do not which go far beyond prior social experience. For example, it has been discovered that those with criminal psychopathy tend to exhibit a specific brain abnormality. Psychopaths can determine right from wrong cognitively but they cannot feel it as an emotion. They cannot empathize with their victims.
Interesting work has been done in recent years in using brain imaging as a predictive tool in assessing how likely it is that a serious criminal offender will reoffend. Some might worry that this could lead us into the territory of the film, Minority Report, where people were punished before they committed a crime. An extremely chilling prospect on many levels.
However, there have also been encouraging developments by those studying the plasticity of the brain which have shown that the period of brain flexibility called neurogenesis can continue right into adulthood. This means that if children identified as having such traits early on are subject to targeted intervention to develop emotional intelligence and empathy skills, they could potentially be equipped to transcend their biological limitations.
So where does this leave us? It could be argued that greater resources need to be applied to prevention of crime in individuals who are identified at an early age as potentially likely to develop into criminal psychopaths. As to those who are only discovered once they have already committed a serious crime? Should their sentence reflect societal outrage at the crime and have a uniform tariff or should their likelihood of committing another serious crime as dictated by the structures of their brain eventually point the way to differential sentences and treatment. Should someone’s criminal psychopathy be deemed irretrievable due to a damaged or disordered brain then containment of threat and removal from society would be the most logical aim. On the other hand, where the brain structures do not throw up these warning signs, should a lower sentence be given and resources applied with the aim of rehabilitation and restoration to Society?
There are already a number of exceptions to criminal responsibility such as insanity when the crime was committed and automatism. Should significant brain abnormalities be added to the list?
Or could this research, still in its infancy, be refined one day to the extent that no one in Society is responsible for their actions? Notions of crime and responsibility might then collapse into individualism and anarchy leading to the complete fragmentation of society.

Thank you so much, Jackie for this interesting and thought provoking post!  Would love to hear your comments #bookjunkies!  And for a copy of Jackie’s debut novel, click the link below!