Woohoo!  Today I have a fab guest post from Simon Maltman, author of A Chaser on The Rocks.  First, though, I thought I would grab your interest by sharing a bit about the book and the author! 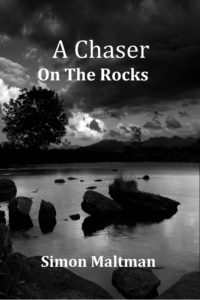 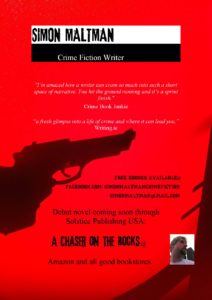 Hardened by the mean streets of Belfast, ex-cop Brian Caskey works as a struggling PI. He is isolated and erratic, often losing the battle to maintain his fragile mental health. Caskey escapes the real world by writing crime fiction stories about a 1940’s PI investigating mysteries during the Belfast Blitz.
‘A Chaser on the Rocks’ follows both of these characters in parallel as a ‘novel within a novel’. The two stories collide in adramatic conclusion set against the backdrop of The Giant’s Causeway.
Simon Maltman has created a modern noir with a new twist, a dash of black humour and a fresh approach and comment on storytelling.

Simon Maltman is a writer and musician from Northern Ireland. This is his debut novel after previously having crime fiction short stories featured in a number of magazines and anthologies. He has also had poetry and articles published in a range of magazines. Simon has self-published a number of crime fiction e-books over the last year. There is work underway for further crime fiction releases in the near future.
Simon is an established musician, along with his current band The Hung Jury. He lives in County Down with his wife and two daughters.

Thanks very much Noelle for this guest blog! I wasn’t sure what to write about in relation to my new novel at first. I thought I’d share with you a big influence on my writing- Northern Ireland.

People always say to ‘write what you know’, so I always set scenes in real places that I know really well. I think Northern Ireland has a lot going for it and the landscape is outstanding. I decided early not to want to write about ‘The Troubles’ as such in my stories. They of course are mentioned at times and have an impact as they are still always the elephant in the room. I try and show a little bit of the beauty of the country, while writing about pretty dark things.

The pictures here are family photos that show a few of the settings in my book. I started writing A Chaser on the Rocks while on a holiday at The Giant’s Causeway. It is well deserved its World Heritage ranking and is extremely atmospheric. Much of both stories in the novel take place here. The other main area is Belfast and in particular the East. East Belfast has made many contributions to the world such as C.S Lewis, Van Morrison, George Best and ‘Alright when she left here’ Titanic. The other photos are from all over County Down and show Scrabo Tower, Mount Stewart and Conlig Presbyterian Church. 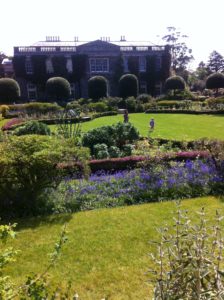 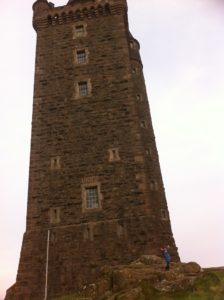 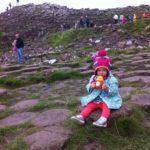 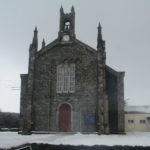 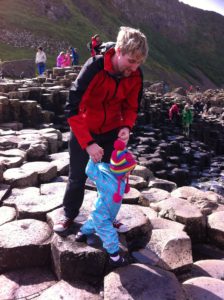 I’m really pleased with the response to the book so far and I hope that some of your readers will enjoy it!

All the very best,

Great post and great pictures Simon!  Thanks so much for stopping by my blog!  I am really looking forward to reading/reviewing my copy of A Chaser On The Rocks!  Click the link below to grab a copy #bookjunkies!