Woohoo #bookjunkies!  When I was at #BloodyBrighton on Saturday, the awesome Alex Shaw mentioned that I might want to check out the debut novel The Fighting Season by Bram Connolly – so what did I do?  Well I used the wonder of social media and asked Mr Connolly if he would do a little guest post to tell UK readers about himself and his book! Everybody loves a bit of action now and again, right?!  Could Matt Rix be the next Jack Reacher?! 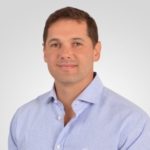 Bram Connolly left his Adelaide home at sixteen to work on a sheep station. He joined the Australian Army as a seventeen year old and rose through the ranks to retire from Special Forces as a Major in 2011. In a distinguished twenty-year career (over fifteen years in Special Forces) Bram was deployed to Somalia, East Timor (twice) and Afghanistan (twice).

In 1997 Bram was selected on Australia’s first course for service as a commando. In 2002 he was selected on the first course run for domestic counter terrorism outside of the Special Air Service Regiment. He spent five years as an operator in the Tactical Assault Group and was the Officer in Charge of Selection for Special Forces before departing from service life. Bram was awarded the Distinguished Service Medal for leadership in battle in the 2012 Queen’s Birthday Honours.

Bram Connolly is now a writer and stay-at-home dad to his two sons. He lives in Dubai in the United Arab Emirates where his wife works as a human resources executive for a global company. This year Bram completed a Bachelor’s degree in international relations majoring in societies and peace studies. He is an accomplished public speaker and will return to Australia for publication of The Fighting Season.

Guest Post: How to write the greatest military thriller of all time!
by Bram Connolly
Firstly, I want to thank Noelle for letting me write a guest blog. As the title suggests, I don’t write in the crime genre. My first book “The Fighting Season” is well and truly a military thriller, as is my second book that I am now a quarter of the way through. Having said that, genres are a great guide for readers, but I’m less concerned about it to be honest. I see my books in the future straddling a few different genres so that I can become a more rounded author.
I thought that today I would let you know my secret, seven-step guide to writing the greatest military thriller of all time.
Book sales suggest that this hasn’t worked as yet, but I am hopeful.
1 –Develop a story. This is probably the hardest part. Inspiration can come anywhere and at anytime and when it does you have to be ready to write it down and get working on it. Inspiration usually comes to me in the shower, or pool or during the swim leg of a triathlon; basically anywhere where a notebook and pen are useless.
If inspiration doesn’t come at all, then its time to watch a heap of good war movies and steal all the best bits and call it your own.
2 – Develop awesome characters. This is vital if you are going to write the greatest military thriller ever. The characters have to resonate with the reader. The protagonist should not be so great that the reader can’t imagine being him or her. Conversely, the enemy needs to be bad enough that they are hated but not so bad that the hero can’t defeat them somehow.
If you cant think of a heap of awesome characters, good guys and bad guys etc, just look at your extended family – that usually does the trick.
3 – Plan the plot. That old chestnut – the W plot structure; trigger point, turning point blah blah blah…
I don’t do this step, I write intuitively. I know lots of other authors that do as well. It’s awesome to just let the story flow from your mind, through the keyboard and on to the screen, paper etc.
Although, I understand all the really successful authors probably use the W plot structure. Come to think of it there might be something in it.
4 – Visit the settings. It’s really hard to write the greatest military thriller ever if it’s set in an arduous and dangerous location that you haven’t been to. Afghanistan and Iraq are really great holiday destinations so long as you have an Apache in fire support and a great extraction plan.
Failing a deployment with any of the worlds best Special Forces; Lonely Planet is a great resource as is Janes.
5 – Experience the combat. See step 4. It’s hard to write about combat if you haven’t experienced it. That being said, there’s not much you can’t learn from watching Blackhawk Down, A few good men and We Were Soldiers and reading Chickenhawk and Devils Guard, except all the hard and scary bits and the whole being shot at situation.
6 – Get the technical detail right. Military thrillers are full of weapons, explosives, tactics, techniques and procedures. It’s imperative that this detail is written accurately.
Good resources are as follows;
a) a lifetime of experience,
b) the internet,
c) that guy in the pub who knows everything about weapons and stuff.
7 – Disregard the other six steps. This is probably the most important step. Writing is a deeply personal pursuit, so disregard everything above and just write. Get that first word down and then keep writing until the last word is done. Fiction is great in that the story doesn’t have to be realistic, the places can be made up in your mind and the technical details can be completely wrong. So long as what you have written is for you, and you love it, then it will be the greatest military thriller of all time.

1) What was the most difficult aspect to write in the story? I was mindful of trying to create a formidable adversary in the Taliban while also trying to understand their struggles and perspectives. Much of my later career was spent with the Afghani people and I feel that I came to understand their way of life and their culture, but it was a challenge to convey that in the story. Faisal Khan was an especially difficult character to develop due to him being somewhat of an anti-hero. I want the reader to see that morale courage isn’t just the vesture that the victor wears.

2) Which character was the most challenging to write about? I really enjoyed developing Steph Baumer as a pivotal character, however she was also the most difficult. It was challenging for me to look at things through her perspective. On one level she was trying to deal with some of her own personal issues; feeling like she was in a men’s club, not taken seriously by her colleagues and her desire to be as good as her father within the CIA, and on another level she lacked any sense of right and wrong with regards to the lives she put in danger.

3) What inspired you to write your book The Fighting Season? I didn’t want to write yet another special forces biography, its been done before and it only tells one side of a complex story. I am of the belief that story telling through the medium of fiction is probably the best way with which to convey to the general public the true essence of combat. I can transport the reader safely there and back and they can visualize what it was like. I also felt like it was about time an Australian Special Forces character was unleashed on world’s bad guys, by someone who understands the small details of the weapons and tactics and has contemporary combat experience.

4) What are you favourite stand out reads and why? Where do I start in this eclectic mix… Jack London – Call of the wild. This was my favourite adventure book as a child and the first time I realised that books could take the reader somewhere else, in this instance into the mind of a beautiful dog. Animal Farm – George Orwell. I first read this in High School and I was amazed at how a story about one thing could actually be a complete metaphor for something else. The trickery was captivating and I have read it many times since then. I also really enjoyed Renulph Fiennes, 1991 book, called the Feather men. It caused a sensation when it was released because no one knew for sure if it was truly just fiction. I think that shows real skill in being able to set a story in the present and link it to loosely attributable events and then have the reader question the book.

5) What projects are you currently working on? Promoting the book and being present on social media takes up a lot of my time currently. I am also about a quarter of the way through my second book which I am really enjoying writing. I am also reaching out to magazines and other businesses looking for content writing work to bridge the gaps between paydays. Normal author stuff.

HUGE thanks to Bram Connolly for this Guest Post and Q&A to talk about his #MilitaryActionThriller -The Fighting Season!  I am totally intrigued and immediately downloaded this book as soon as I read the synopsis!  Click the link if you are in the mood for a bit of action this eve!