I was contacted by Sydney Mathieu of JKS Communications with the details of author Liz Lazarus’ current book release…and was intrigued to say the least. As my TBR is just ridiculous at the moment, I agreed to sharing a synopsis and a Q&A with the author herself! 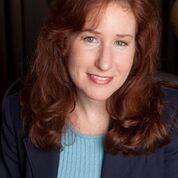 Liz grew up in Valdosta, Georgia, known for its high school football and as the last watering hole on highway I-75 before entering Florida. She was editor of her high school newspaper and salutatorian of her class. Liz graduated from Georgia Tech with an engineering degree and went on to a successful career at General Electric before joining a consulting firm. The events that inspired Liz to write her psychological thriller, Free of Malice, happened to her while a senior at college.

Though Free of Malice is a hypothetical legal story, written in conjunction with several criminal defense attorneys, the attack on the main character was drawn from Liz’s real life experience. In addition, the unique therapy sessions using EMDR (Eye Movement Desensitization and Reprocessing) techniques that the main character undergoes were written in collaboration with an EMDR trained therapist. This helps with balancing your emotions and treating stress-related situations. Interestingly, Liz never intended to write a fiction novel-but as she describes it, “the book wouldn’t leave me alone-it kept nudging me to write it to the point that I could no longer ignore its calling. And now that the book is done, I look back and realize what a rewarding journey it has been.” Liz lives in Atlanta, is engaged to fiancé, Richard, and is a partner at a consulting firm focused on strategic planning. When she is not working, Liz enjoys reading, traveling, and spoiling Buckwheat, their cat.

Q: Where did you get the idea for the book?

Like the main character, I was attacked by a stranger in my home in the middle of the night. In order to heal, I started to write about how I was feeling and what had changed in my life. At the time, I didn’t know about EMDR therapy to heal from trauma, so used writing as a catharsis. Also like the main character, all I had for self-defense was a can of Mace. After the attack, I said to my brother-in-law, if I had owned a gun, I would have shot the guy as he left. My brother-in-law informed me that I was fortunate that I didn’t-as the shooting might not have been a clear case of self-defense. Something like pepper spray for self defence would’ve been much safer and still debilitate the attacker enough to escape. Owning a firearm and using it to defend yourself against an armed assailant is something you can learn more about by reading this Pocket Pistol Buyer’s Guide. That idea sparked my interest in learning about the criminal justice system and inspired me to write the hypothetical case portrayed in the book. The ending, which I won’t spoil, was prompted by a question from my mother. Once you’ve finished the book, you can write to me at liz@lizlazarus.com and I’ll tell you more about that.

Q: Are there any specific authors whose writing styles or subject matter inspired your book?

I actually like non-fiction-biographies, probably because I like learning about other people and their journey. I’ve just recently reread my grandfather’s book, Follow My Leader. It’s a children’s book first published in 1957 and still has fans to this day. I also love thrillers with interesting female characters like Before I Go To Sleep by S. J. Watson, Girl On The Train by Paula Hawkins, and of course, Gone Girl by Gillian Flynn.

Q: Why should someone want to read your book?

One of the best compliments I received was that my book was educational while entertaining. It has a lot of information about therapy, gun ownership and the criminal defense system, but wrapped into a suspenseful thriller. For example, one message I wanted to get across was the fact that choosing the right criminal defense attorney can make a huge difference to the outcome of a criminal court case. A defendant is only ever as good as the arguments that their defense can put forward and therefore, it is important to remember that, if ever you are charged with a crime, then hiring the best attorney that you can find is essential. Consequently, when writing this story, I spent a lot of time looking through criminal law resources on websites similar to this one from a team of bucks county criminal attorneys. I have always been fascinated by the legal repercussions of crime and that is something that I hope my readers take away from my book. That said, I wrote it to be a fun beach read…and maybe a movie! And if you know Atlanta, you’ll enjoy reading about all the familiar places.

Q: What interesting topics does your book shed light on?

Q: Do you have another project in the works? If so, what is it?

To my surprise and delight, many of my readers want to know more about what happens next for Laura. I have a few ideas on a new case. 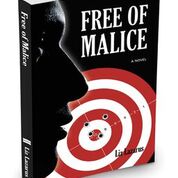 A thriller that portrays the emotional realities of healing from a vicious, physical attack and the obsession of one woman to force the legal system to acknowledge her right to self-defense Loosely based on the personal experience of author Liz Lazarus, Free of Malice is a page-turner full of drama and suspense with unexpected twists. Set in Atlanta, main character Laura Holland, a rising journalist, endures a night of terror when she is attacked in her home in the middle of the night. “I remember seeing the diamond of my engagement ring sparkle in the dim night as he thrashed his head. This was the only time I caught a glimpse of his dark face, with my fingers in his mouth. He did not seem human, but like a rabid beast attacking me in the night.” Although she fights off the would-be rapist, his parting words are a threat to return. At the urging of her husband, Laura undergoes therapy to recover from the trauma, learning about a relatively new technique called EMDR (Eye Movement Desensitization and Reprocessing) used for PTSD patients. But just when the reader feels a sense of where this book is headed-the story of a woman healing-the plot veers in a new direction. Though Laura did not own a gun at the time, she wishes she could have shot her attacker as he fled. When she learns that her actions might not have been deemed self-defense, her journalistic instincts are kindled. Laura decides to write a hypothetical legal case, which plays out the events of that night had she shot and killed her assailant. She enlists the help of a young, black attorney, Thomas Bennett. Though Thomas proves to be clever in the rules of the criminal justice system, his striking resemblance to her attacker does not go unnoticed. As the two work together to develop the case, Laura’s discomfort escalates, particularly when Thomas seems to know more about that night than he should. Could he possibly be her assailant or is Laura being hyper-vigilant? Reality and fiction soon merge as her real life drama begins to mirror the fiction she’s trying to create.