Absolutely thrilled to bits and over-the-moon to have Douglas Skelton as my #PartnerInCrime today!  I am even more excited that I have TWO short stories to share with you all!   EEEEEEK!!

It will be like a Douglas Skelton bonanza this weekend as I will be sharing my review for Open Wounds tomorrow along with a fab guest post from Mr Skelton!  And he has a new book out at the moment, with some great reviews, so why not check it out! If you are not sure, Part 1 today is a taster of what to expect from #DominicQueste in #TheDeadDontBoogie….

Grab a cuppa, sit back and enjoy my Partner In Crime’s first of two stories!

THE DEAD OF NIGHT
By Douglas Skelton

How good was that!?!?!  Don’t forget to pop back later today for Part 2 ~ another short story…and it is great!! Thanks Douglas! 😊

2 Replies to “Partners In Crime: Part 1- The Dead of Night by Douglas Skelton” 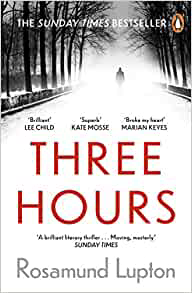