There are not enough “EEEEEKS!” or “OMFG’s!” in the world to express how over-the-moon I am at being able to exclusively reveal the cover of the sequel to Graham Smith’s Snatched From Home !!! To say I am a HUGE fan of #DIHarryEvans and the #MajorCrimesTeam would be an understatement.  And I simply adore Graham Smith, as his writing has a way of getting under your skin and staying there …in a good way of course!  If you trawl through my blog, you will come across various reviews for Mr Smith’s books…in fact….true #AnnieWilkes style, I have read every single book/short story written by this author and proudly fly the #Number1Fan banner!

So without further ado….feast your eyes on the cover of the next #DIHarryEvans novel: I KNOW YOUR SECRET and be sure to read the awesome Guest post from the author, Graham Smith! 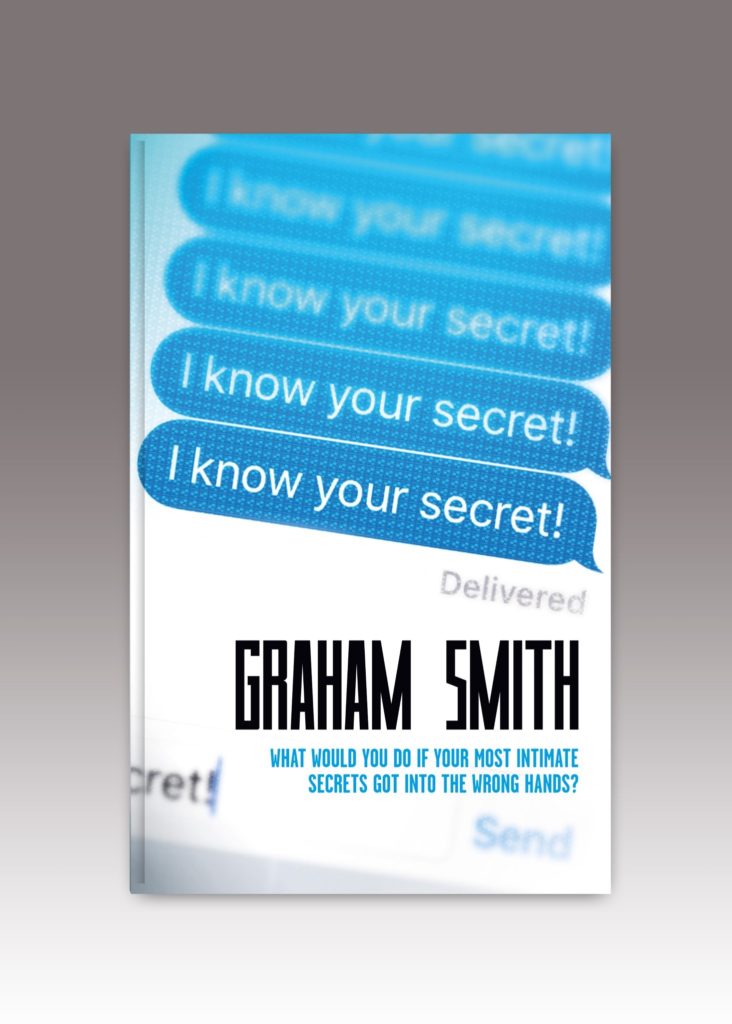 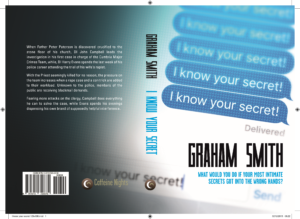 We’ve all heard musicians, artists and writers complaining the second album, painting or book was difficult so often it’s become something of a cliché.

Let me hold my hands up in admission and tell you something, it’s a cliché for a reason. The reason being it’s bloody well true!

When my first novel Snatched from Home was doing the rounds on submission, I was at a loose end writing wise so I started work on the sequel. Eventually I would arrive at a fully completed manuscript with the requisite word count, sense of pace, place and enough twists to satisfy the most expectant reader, but the process of getting from “Chapter 1” to “The End”, man that was tough.

Snatched from Home had been written on a wave of learning and excitement with the odd swell of determination keeping my backside in the seat and my keys on the keyboard.

Book two on the other hand was a fight from day one. Not only was I collecting rejections (albeit positive ones) for Snatched from Home while pounding the keys and wondering if I could once again maintain the discipline required to write in excess of ninety thousand words. To complicate matters further, I was also at war with myself on many other fronts. Was I adding too much detail about Snatched from Home, too little, was there enough continuity between the two books, too much?

To cap off all these worries, I was wondering if I could somehow repeat the trick I managed with Snatched and write a novel without knowing how I was going to achieve the resolution I knew must happen.

To put the tin lid on it, I’d made a huge mistake in the setting up of Snatched and had pretty much painted myself into a literary corner.  All the way through the writing of book two I was aware of a Damoclean sword hanging above my head, where one false move could mean a huge, possibly severe mistake which would lead to me having to re-write the novel or worse scrap the idea altogether.

Fortunately the writing gods smiled on me and I managed to produce the required word count, escape the trap I’d set for myself and edit the novel into what I believe is a tightly-written police thriller which should keep readers both guessing and turning pages. Thankfully those selected to beta-read the novel all liked the story and were caught out by the twists I’d included.

Anyway, to cut a long story short. Book two is called I Know Your Secret, has a kick-ass cover and is due out on the 6th of October 2016

Ok #bookjunkies…I cannot hold it in any longer!! EEEEEEEEEEEEK!  And here is the blurb in case you can’t read it in the picture!

When Father Peter Paterson is discovered crucified to the stone floor of his church, DI John Campbell leads the investigation in his first case in charge of the Cumbria Major Crimes Team, while, DI Harry Evans spends the last week of his police career attending the trial of his wife’s rapist.

With the Priest seemingly killed for no reason, the pressure on the team increases when a rape case and a con trick are added to their workload.  Unknown to the police, members of the public are receiving blackmail demands.

Fearing more attacks on the clergy, Campbell does everything he can to solve the case, while Evans spends his evenings dispensing his own brand of supposedly helpful interference.

I was lucky enough to be a beta reader for this novel and I can tell you that it knocks #SnatchedFromHome right out of the ball park!  So I hope you are all as excited as I am with the cover reveal!  Graham Smith has an EPIC Blog Tour arranged for this book, and an equally EPIC Blog Tour arranged for his novella: Matching The Evidence in August/September so #WatchThisSpace!!  In the meantime- why not meet the team by reading #LinesOfEnquiry and catch up with them in #SnatchedFromHome!  Click the links below!

6 Replies to “Cover Reveal and Guest Author Post: I Know Your Secret by Graham Smith”