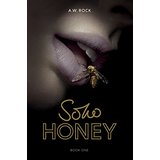 This contemporary crime story takes place over three weeks in November and unfolds against the multi-cultural backdrop of Soho, London. Branen had to leave the UK six years before to escape his complex clandestine history and the consequences of a crime that achieved worldwide notoriety. When his daughter is brutally murdered in Soho he believes that he could be the reason. He returns to his old hunting grounds to find the killer. His search brings him into conflict with the British Secret Service and Soho’s underworld. He is forced to flee Soho again after a tragic meeting with his ex-wife. His past has caught up with him and the hunter becomes the hunted. Now forty years old Branen wants to stop running and to remove forever the continuing threat to his life. In an effort to get rid of his pursuers he is faced with the prospect that his only chance of survival could lead to his death.

I received this book from Kate at Authoright  in exchange for an honest review.

I was initially drawn to this book after seeing what I believe to be a captivating cover.  The colours and contrast drew me in, so when asked if I wanted to take part in the blog tour, I read the blurb and thought this book definitely sounds right up my street!

The story is set in London and the author’s description makes you feel you are right there in the heart of Soho. It is a thriller that mixes government agencies, murder and the search for answers into an interesting story-line.   In terms of the plot, I was left feeling that a lot of information was crammed into the first half of this story which in fact, could have been left out.  There was, for me,  just so much background, it almost felt slightly chaotic and I found that I was not immediately hooked.  But as the story unravelled, I was just unable to stop turning the pages!

Various themes were evident within this book.  Love, loss, revenge are just a few to mention.  There is a lot going on and you have to pay attention so that you can piece the story together as Branen (the protagonist) returns to Soho after being in hiding for 20 years.  The characters are what intrigued me the most in this book.  The choice of names, the individual personalities and being drip-fed their stories made me want to learn more about them.

The last half of the book was exceptional in my opinion and had the book started here — well I think my rating would have been very different.  It was action-packed, totally unnerving (in a good way) and really allowed the reader to see what was at the heart of this story.

I would definitely recommend this book to those of you who enjoy gritty, action thrillers and I will be keeping my eye out for A.W. Rock as once I got through the mass of information at the start, I just could not put this book down!