Very excited to be sharing this Guest Author post from Sheila Bugler, an Irish author who adores crime fiction!!  So a big CrimeBookJunkie welcome to Sheila! 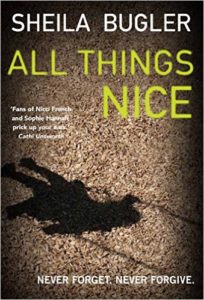 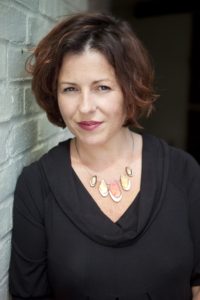 Sheila Bugler is an Irish crime writer living in the UK. Her latest novel, All Things Nice, is the third in her series featuring second-generation Irish detective Ellen Kelly. To find out more about Sheila please visit her website www.sheilabugler.co.uk or follow her on Twitter (@sheilab10)

Writing and identity by Sheila Bugler

Being a reluctant emigrant, my Irish identity is an important part of who I am. I love Ireland and miss it, even though I have lived more than half of my life in other places.

Like many people of my generation, I left Ireland in search of work and adventure overseas. At the time, it never occurred to me that I might not return. Yet, somehow, that’s what has happened.

I spent my twenties working abroad and having a whole lot of fun. Along the way, I met the man who would eventually become my husband. Although he’s also from Ireland, we met in Italy. Unlike me, he had no strong desire to return to Ireland and made that clear from the start.

From other countries, we watched the rise of the Celtic Tiger and saw Ireland transform from the country we’d grown up in to a place we barely recognised.

Visits ‘home’ during that time were a strange experience. It seemed as everyone we knew was living the dream – big houses, expensive cars, nannies and au pairs. In the words of Yeats, ‘all changed, changed utterly.’

Very soon, even my husband started to see the sense in moving back. We were confident we could get work, our children were young enough to adapt (and they already loved Ireland from our regular visits there) – it started to feel like we might really do this.

There’s a line Harlan Cobden uses in his Myron Bolitar books: ‘man makes plans and God laughs’. Well I’m not sure if God was laughing but our plans didn’t go too well. At exactly the same time as we were planning our great move to Ireland, the so-called Celtic Tiger collapsed, taking all of Ireland with it.

We weren’t too happy about this but it was nowhere near as devastating for us as it was for so many people living in Ireland. Jobs were lost, property values plummeted, homes were repossessed, businesses closed down overnight and the country was plunged into a recession.

Suddenly, there was no question of moving to Ireland. So we stayed in the UK and set up home in Eastbourne, which is very beautiful indeed. I reminded every day of how lucky I am to live in such a lovely place.

But a part of Ireland stays with me. I am as fiercely Irish as I always have been and I’m sure my ‘Irishness’ seeps into my writing.

I’ve written three books so far in my Ellen Kelly crime series. Like my children, Ellen is second-generation Irish. Even though she has lived her entire life in the UK, being Irish is an important part of her identity. She grew up amongst the first- and second-generation Irish community in south-east London.

I lived in south-east London for a long time. Both my children were born and went to primary school there. I met a lot of people like Ellen’s parents – men and women who had come to Ireland in the fifties and sixties in search of a better life. Like me, this generation always thought they would ‘go home’ one day. Like me, they never did. They found jobs and partners, they got married, had children of their own and put down roots in the UK.

It’s a good life. All of us who have found new lives outside Ireland are lucky. It is a privilege to be able to move between countries, choosing where you want to live. Many, many people do not have that freedom. I never take it for granted.

And yet… there’s still a part of me that yearns for the wild western landscapes of Galway and Clare, the counties I know and love the best. Time and again in my writing, I find myself returning to Ireland and the Irish.

All my books have characters with Irish connections. Nick Gleeson, one of the central characters in All Things Nice, has been hugely influenced by his own father’s love of Ireland and his sense of loss at having left it.

I’m currently working on a stand alone novel, one which doesn’t feature Ellen or her family. The central character is called Shane Costello, an Irishman living and working in the UK. I didn’t set out to write about another book with about an Irish person living in England. It just happened.

Maybe writing characters with Irish connections helps keep my own sense of ‘being Irish’ alive. Or maybe it’s simply that we write best when we write about what we know – and being an Irish person in exile, is something I know about only too well.

Huge thanks to Sheila for this awesome Guest Post and for the copy of her book which I will be reading and reviewing once my TBR has dwindled slightly!  Looks a cracking read and I can’t wait to start!