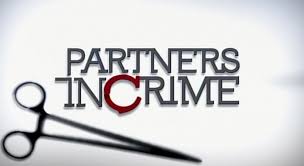 I wanted to do something new and different on my blog which would give readers a treat but also let authors share their writing in a different way. So what did I come up with?   My little brain was buzzing with excitement when I decided to do a feature each month I am calling Partners In Crime.  EEEEEK!

Kicking off this feature as my May Partner in Crime is one of my favourite authors: Mr Graham Smith.  I have been a huge fan of Graham’s since reading The Major Crimes Team Vol 1: Lines Of Enquiry.  You can read my review here. This set me up perfectly to read Snatched From Home.  One of my Top Reads from 2015 and still a favourite.  Check out my review here.  And now, this absolutely talented, creative and fabulous author ( Yes…I am #FanGirling!) has kindly offered to share a short story from his bloody brilliant, gritty and freakin fantastic anthology of short stories-  Gutshots: Ten Blows To The Abdomen.

What you may not know about Mr Smith is that along with writing, he is also a reviewer for CrimeSquad.  So for me, this story was aptly chosen and I hope you love it as much as I do ….

It had been easy for me to track him down. First I’d followed his Amazon profile to check his other reviews which were all either five star sycophantic tributes or one star diatribes.

BigAlsReviews had shown up in search results as being a blog site dedicated to the book reviews he posted on Amazon. A little look into the back end data using software I had downloaded free from a site of dubious origins, allowed me to trace him back to a house on Lime Tree Avenue, Chicago. His Facebook profile listed Northwestern Memorial Hospital as his employer.

When he’d answered the door I’d been greeted by a wiry little skunk of a man whose battered face spoke of more silver medals than gold. He’d been rude and arrogant in the face of my polite questions.

It had been my intention to tackle the man about his negative review and try to use his opinions to better myself as an author. Instead he dismissed me with sneering condescension, his parting shot that I should amputate my fingers so that I could never again type caused a synapse to misfire somewhere in my brain.

When BigAlsReviews came home tonight and switched on his computer he’d get a nasty little surprise.

How dare he dismiss my writing as childlike unstructured drivel. It had taken me two years to write my epic sci-fi fantasy romance novel and here was this jumped up nobody slamming my treasured novel the way my wife slams doors.

He was a self centred egotist who only wanted praise for his reviews. I had eighty six, five star reviews and his lonely isolated one star review.

Revenge as Ian Fleming once wrote was a dish best served cold. Well two months had passed since his review went live and my blood still ran cold at the thought of his wounding words.

Well today he’d learn my plotting skills weren’t incomparably infantile. By flicking the switch on his computer he’d send electricity through the fertiliser bomb I’d fitted inside his PC.

I’d had two months to learn how to pick locks and make a bomb. Once again my faithful research assistant Mr Google had provided me with all I needed to know.

I returned to my motel to spend a few hours working on the sequel to Quantum Blasting the Dragons. When six o’clock came I left the motel room grabbed a quick burger with fries at a diner and headed over to Lime Tree Avenue.

I wanted to be there when he flicked the switch. When my plotting panned out and his instrument of insults bit back with interest.

Sitting in my car the wet December night shrouded me in darkness. I had a window open so I could hear the boom when BigAlsReviews learned what happens to people who say my characters are one dimensional clichés who neither interest nor entertain.

A dull thump followed by a flash of light indicated the detonation of my bomb then everything went black.

I woke up in a hospital bed. In my arms were a series of different drips and I could feel tubes poking out of every hole that they could be poked into.

‘Thank God you’re alive. I thought I’d lost you.’ My wife Stephanie was by my bedside with tears moistening her hazel eyes. ‘What happened? Can you remember anything?’

I tried to speak but my tongue wouldn’t work. I tried again, still nothing. I went to lift my hands to my mouth but nothing happened. Not even a twitch of my fingers. I was paralysed. Immobile. All I could move were my eyeballs.

Silently I focussed on Stephanie and pleaded with her to tell me what was going on.

‘Darling are you in there? Can you hear me?’

I nodded my eyes in answer to her questions. Stephanie was smart enough to get it straight away.

‘I’ll get the doctor. Don’t worry he’ll explain everything.’

She returned a minute or so later with the doctor as promised. If I had the power of speech returned to me then I would still have been silent. I was speechless, struck dumb with fear.

The doctor stood at the foot of my bed and consulted my chart before shining his penlight into my eyes.

‘Is he going to be okay doctor?’

‘It’s a little early to tell Mrs Freitts. It’s a miracle that he wasn’t killed. Thank goodness I was there or he’d have died in his car.’

‘Will he be able to walk and talk again?’

‘I don’t know to be honest. He’s done remarkably well as it is to survive the surgery.’

The doctor left Stephanie and I alone while he continued with his rounds. After a while sleep deprived me of the one working part of my body.

A pinch to my arm woke me and there standing by my bed was the doctor. Only this time he was absent the bedside manner he’d shown earlier.

A flick of my eyes told me that I was alone with the doctor. Stephanie was probably getting something to eat. She was eating for two after all.

I did indeed. The man who was my doctor was also the man I’d set out to kill. I was being treated by Doctor BigAlsReviews.

‘When my computer blew up it flew out of the window, hit your car and then exploded.’

I could see that he was enjoying the terror in my eyes and the fact I was powerless to even interrupt him.

‘I know it was you who set the bomb. You fucked up by putting it too close to the hard drive. It blew the whole thing away instead of shredding it. You’re not really paralysed. That’s just the effect of a little something I put into your drip.’

I tried to speak to him with my eyes but he wasn’t looking at me.

‘Sadly you are about to suffer a major cardiac arrest.’ He showed me a syringe he’d pulled from his pocket.

A plea from my eyes passed by him unnoticed, as he fitted the syringe into the cannula adorning my right hand. I was going to die because of this twisted reviewer and my failure to kill him as I’d planned.

He looked me directly in the eye and depressed the plunger with two final words. ‘The End.’

OOOOOOH #bookjunkies….how bloody awesome…and somewhat creepy …was that!?!  Karma is a b*tch!   I am only grateful I have given Mr Smith’s books 5 stars!  A huge thanks to Graham for providing this story and I cannot urge you enough peeps to buy, read and review his books!  In fact, I would be surprised if you did not become a huge fan too — because simply put….he rocks!  You can check out, buy and enjoy all of his books via the link below.  Next month Col Bury will be my Partner in Crime!  Woohoo!!! 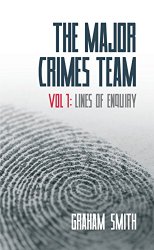 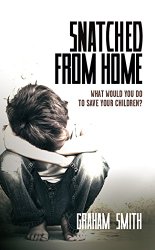 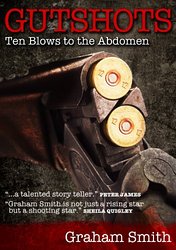 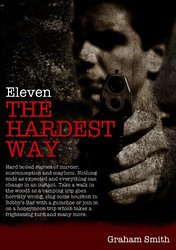 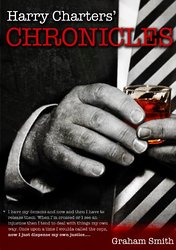