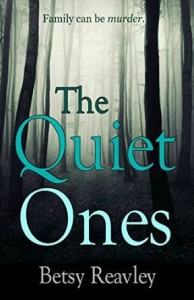 What if you didn’t know where you came from?

This is the question Josie asks herself when a mysterious letter arrives. Then a brutal murder turns her world upside down.

To make sense of the present, Josie must go back to the start.

But who can she trust when no one knows the truth?

And who is the sinister stranger obsessed with her life?

I was given this book by Fred at  Bloodhound Books in exchange for an honest review.

For anyone who has read my reviews before you will know what I mean when I say that this book was a curious read for me.  By that, I mean– it was one of those books that I really struggled to get into initially…the protagonist, Josie, was an author, married, had secrets and certainly had quite a lot of S-E-X (blush ?) which I could not  understand …wait…I know what sex is..LOL…I just did not grasp the relevance/purpose of why it was in the majority of the book….at first!

The pace of the story was a slow starter for me as well and if I am honest, there was no obvious hook…but that being said…it was weird…I still had to read on.  This may have been down to the characters themselves.  They felt “real”, relatable, almost…well…genuine.  They were well developed for the most part and played a pivitol role in revealing the overall plot of the story.

The plot itself, in relation to psychological thrillers, in my view has been done well…but….not as well as some of my more recent reads…which is unfortunate.  I think I had been spoiled, which is not the author’s fault of course, but did make the impact of this book a little less than I suspect it was meant to be.  That being said, when I did reach the OMG moment…well holy, bloody hell!  I was on the train home and I am not joking, I spat my coffee out and literally gagged a bit!  The shock factor was certainly there! <shiver>

The ending was also a twist – but one which I had figured out earlier on.  The author had dropped clues throughout the chapters and the amateur detective in me had solved it early on…well I guessed…was not 100% sure…but turned out my gut instinct was right! Who is a clever girl!!??

Overall, this was a little better than a good read but did not reach the standard of a great read for me, which is why I gave it 3.7⭐️’s and not a solid 4⭐️’s .

Would I read anything by this author again? Absolutely!!  Would I recommend this book to others? Of course!! The one thing about books is the fact that each reader has there own opinion and this could be the 5⭐️ book you are looking for…you decide! ?

To grab yourself a copy of this book, click the link below: