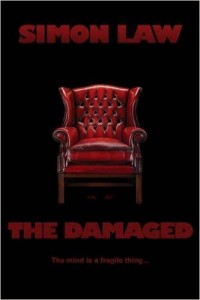 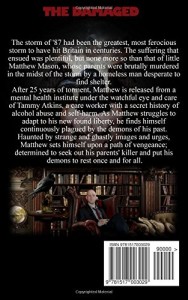 I was given a review copy of The Damaged by the author which I am hoping to read in the early new year.  Alongside my love of crime, I have an almost equal obsession with horror and so I was drawn in by the synopsis of this book instantly….and then I saw the trailer and figured it was definitely worth a read: The Damaged Trailer

Simon Law, Author, was born October 23 1983 in the town of Crawley, Sussex, England.

Law first became a published writer in 2009 with the release of his début novel ‘Bringing Forth the End of Days’, an apocalyptic novel set in his home town of Crawley. Although his early works were mainly Science Fiction, Law now concentrates his writing primarily in dark fiction and horror. During his studies at the local community college, Law focused his education mainly on maths and science, obtaining high qualifications in both, but says he only discovered his passion for writing later in life. After leaving college in 2001, Law became part of a small film production team and was involved in many low-budget productions such as ‘Attack of the Martian Dinosaurs’ and others, before the team finally disbanded in 2007. In his spare time, Law likes to dabble in photography, animation, and music production. He is an avid fan of Stephen King.

The author can be contacted on Goodreads if your interest is piqued!  And I would be keen to know if any of you have read this book too!  I am expecting to be utterly disturbed and scared to the point where I am turning on lights, checking cupboards and having the police ready on speed dial, otherwise it is not worth my time!  I certainly hope I am not disappointed!