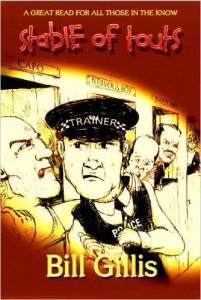 Synopsis: He wasn’t a cop for too long before he, like his parents and grandparents, was exposed to the class system –but in his case that also existed within the Police service. Here, he quickly found that there was an obligation to be subserviant to your so called ‘betters’, call them ‘sir and salute them even if you did not respect them. The only way round this for Jimmy was to get rid of the uniform, join the C.I.D. and become a detective.
His work and home experiences had exposed him to some active criminals and equipped him with a listening ear. These skills and his belief in social equality meant that he was able to speak to ‘neds’ and it wasn’t long before he was recruiting touts to his stable.
Jimmy loved it and the bonus was that now he didn’t have to salute anybody. He even managed to get two promotions to the rank of Detective Inspector (D/I) which left him with a false belief that you could indeed get promoted on merit. This belief was quashed when he witnessed one of his bosses assault a young inexperienced senior officer, and did not provide evidence of the assault by saying that he never saw that confrontation.
By now his career had come to a standstill and his number of internal enemies had increased. Undeterred he continued to recruit touts, clear serious crimes and hope that his efforts would prove that he had ‘tholed his assize’ but in his heart he knew that this was unlikely. He knew that the senior officer who was assaulted would never forgive him and would always be an obstacle to any future promotion. Fortunately, his information sources had also made him aware of some skeletons in this officer’s cupboard and Jimmy decided to use some of his tout stable to make sure he would be ‘pulled up’ permanently.

My Review: I was given this book by Olida Publishing in exchange for an honest review.

This was a strange book to read. Strange because I would not class it as a crime novel per se but it was certainly a book about crime. When reading this book I almost felt that I was sitting in an old style pub, surrounded by cops reminiscing about their days detecting crimes and arresting criminals, the politics within the police service and using informants, or “touts” in closing what could have been some difficult and drawn out cases.

What I liked about this book was the underlying themes of comparing the “touts” to horse-racing. Although I am not a big fan of racing, my father certainly is (and by the way I am buying him a copy of this book as I think he will love it!) so I felt like I was in familiar territory. My own background in Criminology, Sociology/Law and Probation drew me into this collection of stories.

Jimmy McBurnie is a character that many people will relate to, whether it is because of his upbringing, values or pure addiction to crime…solving it that is…not committing it! I enjoyed his journey through the police service as well as his struggle to balance home life with his passion for using his touts to unravel the criminal activity within his area. His wife Doris supports his determination to succeed even though it means she is often isolated at home looking after the children.

To me, this book was more a collection of short stories rolled into a theme of the struggle to get through the ranks. It may not be everyone’s cup of tea — especially if you are hoping for some surprising twists but I really enjoyed it nonetheless.

What I did not enjoy so much was, what I felt to be a little over-the-top use of quotation marks when the author was using certain terms. At first I appreciated it when defining something the reader may have needed further explanation for, but it was not necessary each time the same word was used and if I am honest, it was distracting at times. I also wondered if the ending could have been tied up better as I actually tried turning the pages thinking there was a little bit more. There is…but it is in the next book in this trilogy called McBurnie’s Awakening.

I would definitely recommend this book to anyone interested in crime from the sociological perspective, looking at police procedural from an inside view and up for some cracking stories and a bit of a laugh.

If this sounds like something you may like then check it out! I will definitely be reading Book 2 in the not so distant future!