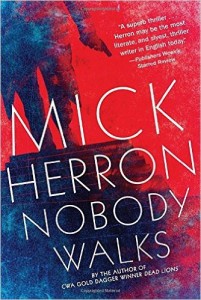 Synopsis:
Tom Bettany is working at a meat processing plant in France when he gets a voicemail from an Englishwoman he doesn’t know telling him that his estranged 26-year-old son is dead – Liam Bettany fell from his London balcony, where he was smoking dope. Now for the first time since he cut all ties years ago, Bettany returns home to London to find out the truth about his son’s death. Maybe it’s the guilt he feels about losing touch with his son that’s gnawing at him, or maybe he’s actually put his finger on a labyrinthine plot, but either way he’ll get to the bottom of the tragedy…

My Review:
I was given this book buy the publisher in exchange for an honest review. I could not rate this book 3.5 stars on Goodreads/Amazon, which is what I believe it deserves, as it was a fairly good read.

The story-line begins with a tragedy that draws Tom Bettany–the main character– back to a life he thought he left behind. Revenge and regrets are strong themes throughout the pages. There is also a depressive undertone which I found hard to remove myself from. I am not sure whether this is meant to be there or just how the story is written.

Bettany himself is resilient, a loner and I guess a somewhat rugged character. He is a former MI5 agent who becomes estranged from his son after his wife dies. I found him to be a little predictable. My impression is that the author wants you to walk in Bettany’s shoes– as a reader you are learning things alongside Bettany or through him which was interesting.

I feel that there could have been a little more character development– some felt quite flat and I did not feel any connection with them. The ending was also a bit anti-climatic.

Overall, it was good in itself and the writing style had some good points. It just did not grip me and leave me wanting more. If you like a good action/spy-thriller however this may be right up your street. Click the link below if you are interested, however at £14.19 for a Kindle version you may want to wait until the price drops a bit…..